Richard Madeley has confirmed that he and his wife will continue to guest-present This Morning.

Richard, 63, and wife Judy Finnigan, 71, sat in the presenters' seats earlier this month for the first time in 18 years.

And it seems that the pair enjoyed being back so much that their stint won't be a one-off. 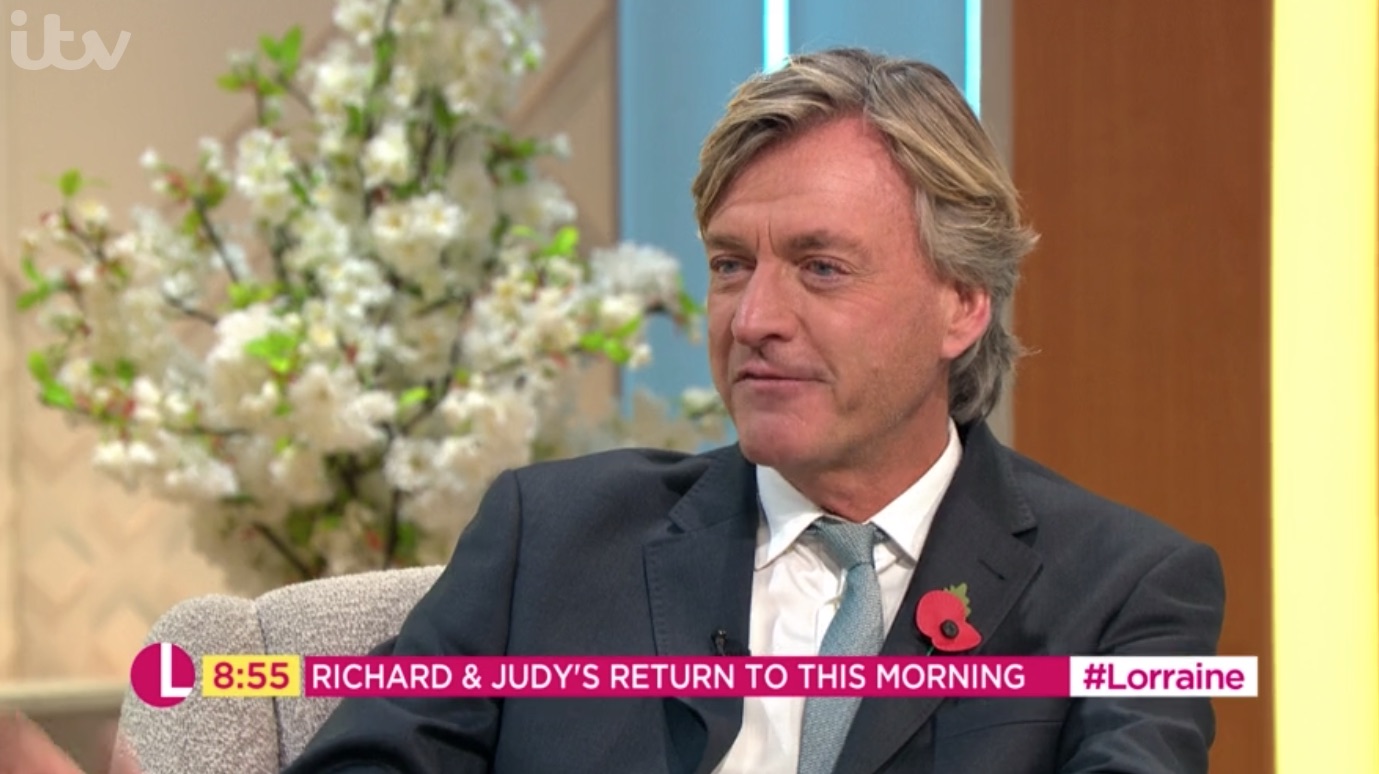 Richard confirmed that he and Judy would be back (Credit: ITV)

Read more: Paul O'Grady addresses rivalry with Richard Madeley as they meet again on This Morning

Appearing on today's episode of Lorraine (30.10.19), Richard said: "Judy has been saying no to everything for a decade now, she won't come back to do telly.

They've asked us to do it again. So we will, we still have to work it all out though.

"But she loved coming back to This Morning.

"They've asked us to do it again. So we will, we still have to work it all out though.

"We're not after anyone's jobs or anything like that.

"It'll be like having an occasional party. And it won't be a nostalgic-fest looking back. It'll just be a normal show."

"Do not adjust your set" (Credit: ITV)

The couple were the very first hosts of the daytime staple for 13 years between 1988 and 2001.

They came back to host a one-off show on October 25, with Richard opening the show by saying: "Do not adjust your set.

"It's lovely to be back but it's weird."

But despite their legendary status, fans were divided about their return.

Best day ever - the return of Richard & Judy on #ThisMorning LOVE THIS @richardm56 pic.twitter.com/PBlVwot93B

Read more: Richard Madeley reveals he and his wife have quit drinking

One Twitter user said: "Best day ever - the return of Richard & Judy on #ThisMorning LOVE THIS @richardm56."

However, others weren't keen on having the pair back on their screens.

One tweeted: "Some things should be left in the past #ThisMorning," while another wrote: "#thismorning Richard and Judy are a bit rusty ain't they."