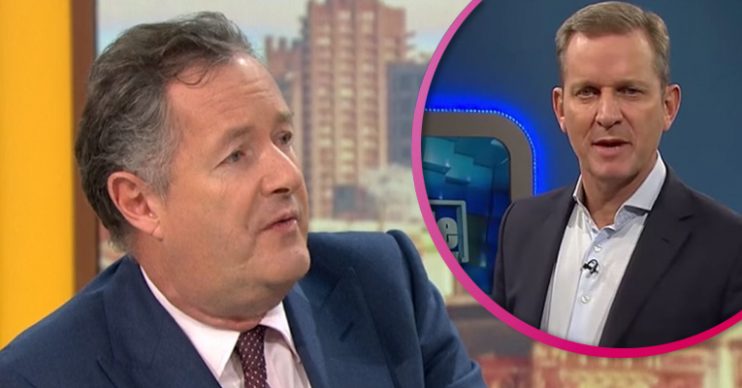 Piers Morgan is definitely never short of an opinion or three.

In the wake of The Jeremy Kyle Show controversy – where the show has been cancelled by ITV permanently after the death of guest Steve Dymond – Piers has been discussing the topic on Good Morning Britain throughout the week.

Discussing the situation, Piers said: “It’s a morality lesson in saving people’s lives… There’s a snobbery of Jeremy Kyle driven by people who watch it.”

“Jeremy Kyle would argue he’s defending the guests… Some of this stuff is really vicious against him,” he continued.

“It’s too easy to just say Jeremy Kyle is the problem. Some of this stuff today is really vicious against him. I’m like fine, but there is another side to this. He’s not been heard from yet but we’ll see how this plays out.”

Piers’ comments come after he defended the show on Tuesday in a discussion with Lord Alan Sugar.

“No one is forcing them to [go on TV],” he said. “It raises a lot of complex issues on whether they are up for doing it.”

The Jeremy Kyle Show was taken off air on Monday after it emerged a previous guest Mr Dymond died just days after filming an episode.

The channel also took all past and present episodes down from the ITV Hub catch-up service.

‘If his family thought it was a mistake they should have discouraged him from going on the show’.

Professor Jonathan Shalit says the Jeremy Kyle show should not be blamed in the wake of Steve Dymond’s death. @jonathanshalit | @georgegalloway pic.twitter.com/v5LLGfazgT

On Wednesday, it was announced that the show has been axed for good.