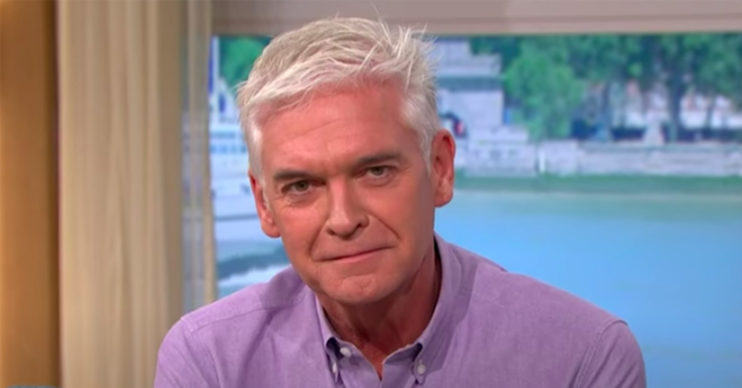 Phillip, 58, and Holly Willoughby, 39, were gobsmacked when another telly presenter resurfaced as a school teacher.

The This Morning pair were calling into a Surrey school to talk about the rebooting of BBC’s axed 500 words project.

The children’s writing competition reboot will be in aid of Black Lives Matter.

A stunned Phillip said: “We’ll get into the topic at hand in just a moment – but have you always been a teacher?”

“Have you always been a teacher?”

Michael confirmed: “At university that’s the degree I did, a teaching degree, originally.

“And instead of thinking I am going to go straight into the profession I thought well I will take a year out and think about what I want to do.

“That’s when I sort of fell into television. And fell into presenting. And 20 years went by and I never went back to it.”

He continued: “And then a couple of years ago work was quiet. Angellica was flying in her career.

“Am I going to sit at home and wait for the phone to ring? Or be proactive and use the skill set I have developed over the years and put it into something like teaching?

Read more: Hoarders viewers shocked as man stores pint of his own wee

“That’s what I have my degree in. So I just decided to go for it!”

Michael is married to television presenter Angellica Bell, who also appeared on the This Morning segment.

His fans and celebrity pals wrote of how happy they were to see Michael back on television.

Lizzie Cundy tweeted: “My old buddy Michael Underwood is a teacher!!! Wow I never knew!! Incredible!! And what a great competition 500 words.”

A further user tweeted: “Michael Underwood and @angellicabell on #ThisMorning What a lovely couple. Wouldn’t be surprised if he gets offered another presenting job!”

Michael’s previous reporting and presenting gigs include appearing on CBBC, The One Show, Good Morning Britain and Let Me Entertain You.

What do you think of Michael’s change of career? Share your thoughts with us on Facebook @EntertainmentDailyFix.