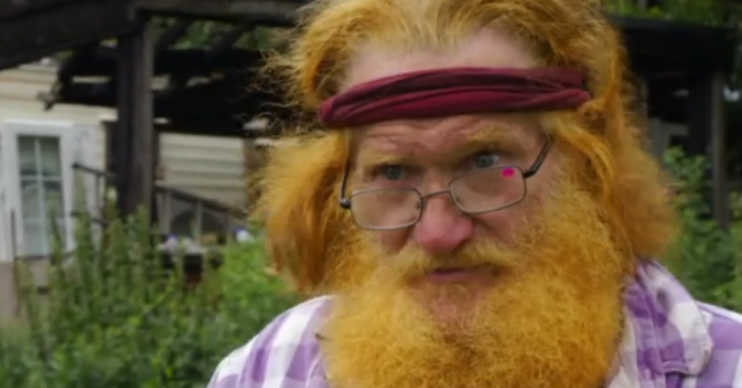 He called himself an 'obsessive collector'

Jake, 81, claims being a hoarder is a lifestyle choice.

And one of the things he chooses to hoard is bottles filled with his own urine.

Greeting TV crews, Jake said: “Welcome to the home of the King of the Eccentrics, this is wonderful Wurzel Land!”

Jake revealed he does have friends who come round to see him, but that they always refuse his offers of a pot of tea.

Speaking about how far back this goes, Jake revealed: “When I was in my teens I used to go to dustbins and pull stuff out of them. It was a compulsion, I couldn’t stop doing it.”

Sadly for Jake, his house caught fire in 2010 and due to the amount of paperwork he was hoarding, it left him homeless.

In 2016 there was another fire. Yet, Jake still can’t change his ways.

“People who know me well, know that I’m an obsessive collector.”

He then revealed his obsession with collecting his urine.

“One of the things I do, every time I [pee] and it’s regular because I’ve got protate trouble, I just [pee] in all of these drums.”

He didn’t reveal exactly why he keeps his urine, other than his compulsion to collect.

Viewers were pretty horrified by his ‘collection’.

Jake also said he had what some would call ‘a breakdown’ 40 years ago.

His name then was John Gray, but as his marriage fell apart and he was stressed at work, he reached breaking point until he became Jake Jonathan Zebedee Mangle-Wurzel.

Later in the episode Jake was visited by a fire inspector who told him he was at serious risk with trip hazards, fire risks and in particular smoking in bed.

“I’ve given up the women and beer, but I do need my fags,” Jake responded.

Who else featured on Hoarders?

Also featured in the episode was Susan, who had her house cleaned by professionals.

The cancer-stricken hoarder was thrilled with made over home and the fact she could sleep in her own bed for the first time in years.