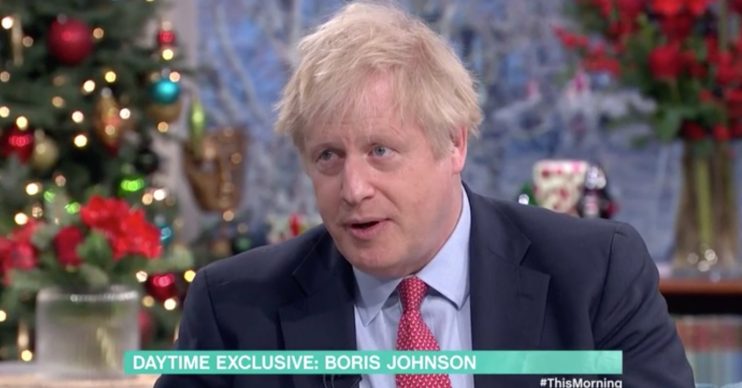 Viers thought they let him off the hook

With the General Election only days away, the main candidates have been doing the interview rounds on This Morning in a bid to make their final points heard.

All throughout this week, Phillip Schofield and Holly Willoughby have been welcoming in leaders of the main political parties.

After Jeremy Corbyn appeared on the show, it was the turn of Prime Minister Boris Johnson, but the pair were slammed after taking a ‘chummy’ selfie with him.

Read more: This Morning viewers fuming after guest wants mistletoe to be banned

The daytime TV duo was accused of ‘cuddling up’ to the Prime Minister, as well as giving him an easy ride.

Viewers had already expressed their disappointment at Phillip’s final question about Brexit, giving Mr Johnson a platform to trot out his usual spiel on the departure from the EU.

But viewers took their outrage to a new level when images emerged of the trio taking a selfie together.

It was claimed that Phil and Holly was cosying up to him, while, at the same time, he continued to refuse to be interviewed by the BBC’s chief political interrogator, Andrew Neil

Shame on you @thismorning . You would probaly let him get away with murder. No wonder he chose to have an interview by you over one by @afneil. https://t.co/fK5UI9cR7p

Did they take this before Phil grilled BoJo on the Tory record of austerity and made him apologise for Islamaphobia in the Conservative Party? @thismorning #phillipschofield https://t.co/QppxmfDYMe

Yeah… this is the worst.

One viewer wrote: “Yeah… this is the worst.

“Chicken Johnson won’t do Andrew Neil. No way. Too scared.”

Can I point out that if Mr Corbyn had asked for a selfie, we would have happily obliged.

Phillip hit back by saying in a tweet: “Can I point out that if Mr Corbyn had asked for a selfie, we would have happily obliged.”