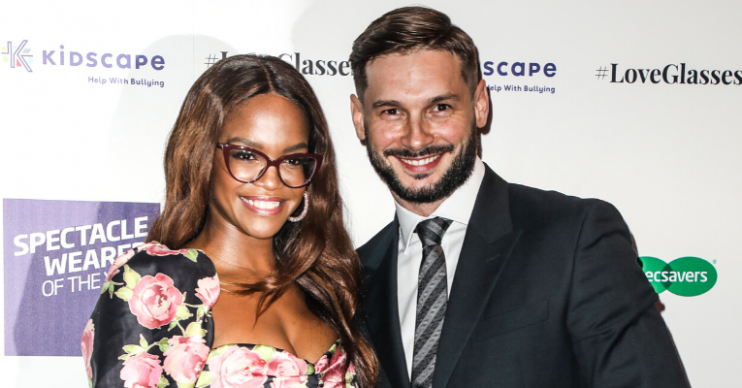 He's a pro dancer too!

After recent controversies surrounding Oti Mabuse, it looks like her husband Marius Lepure could be joining her on Strictly Come Dancing.

Sources claim that the 37-year-old pro will be a troupe dancer on the show.

A source told The Sun: “Marius is a very talented dancer. But the fact that this is being discussed after Oti was linked to Kelvin has certainly raised eyebrows.

“Marius has also been vocal in the past about warning away other men.

“For her part, Oti has told pals she would be thrilled to have him on board. She thinks his presence on the show will stop further rumours getting out of hand.”

The Romanian even issued a bit of a sinister warning to anyone who might have their eye on Oti last year, when in an interview he joked that he’d ‘kill’ anyone who slept with his wife!

When appearing on gameshow Your Face or Mine? last year, host Jimmy Carr asked Marius if he would go on the BBC dancing show.

The comedian joked: “Or do you think it would be awkward being in the same room as the man who’s having an affair with your wife?”

If you sleep with my wife, I’m gonna kill you!

Oti said that each of her partners had been warned off her by Marius, saying: “My husband, he shows each and every single partner I have a warning. So they kind of stay away…”

“Don’t worry, they understand very fast – if you sleep with my wife, I’m gonna kill you,” Marius joked.

The pair were spotted on a night out, partying together until the early hours, which resulted in his annoyed wife Eliza unfollowing him on Instagram.

However, they both insisted their marriage was absolutely fine and couldn’t understand the fuss.

Kelvin was later accused out sending steamy messages to a PR girl.

Yesterday there were reports Oti had asked Strictly bosses for an older partner, as she was worried that her ‘brand’ being damaged by Kelvin’s actions.

An insider told The Sun: “Being linked to a scandal is the last thing Oti wanted and she never wants it to happen again.”

Ent Daily has reached out to Strictly reps for comment.