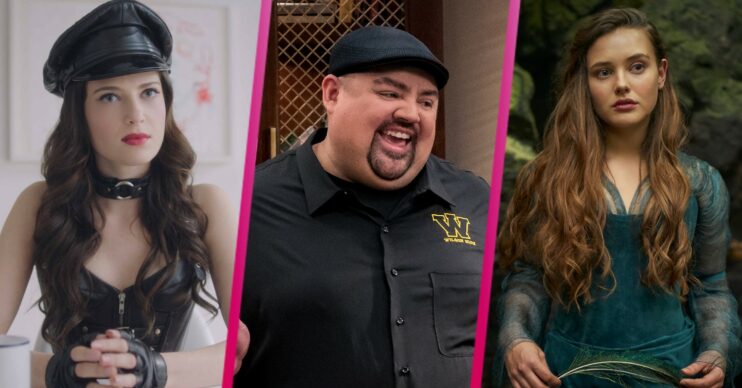 What shows has Netflix cancelled in 2021 so far and why?

Netflix is proving brutal across 2021 with its axings – with seemingly no show safe from being cancelled from its line-up.

While the team is intent on improving original content, if it doesn’t make the grade… well, it’s time to say bye-bye.

In fact, they’re being so quick off the mark that the streaming service is axing many shows after only one season.

Here’s everything Netflix cancelled in 2021 so far…

What shows has Netflix cancelled in 2021?

White Lines was created by Money Heist’s Alex Pina and seemed like a surefire hit.

However, despite it picking up as a cult following, the cocaine-fuelled whodunnit isn’t returning for a season two.

Actor Daniel Mays said on Instagram: “Following the reports in the press over the past couple of days and for all those asking me on here, it’s with a heavy heart I post the #WhiteLines season 2 ship has well and truly sailed. Huge thanks, respect and admiration to [the team] for the ride of a lifetime.

The Duchess (one season) – Cancelled in April

Katherine Ryan stars as a fictional version of herself in this sitcom. Raising her daughter, she’s considering another child – and whether she should use the same father.

The comedian told Vicky Pattison’s podcast in April that Netflix cancelled the show as not enough people had watched, but didn’t seem that worried.

“I feel like it’s a whole lot of work for a whole lot of time to make a sitcom,” she said. “It’s really collaborative, and I was so grateful to be able to make it, but I think it speaks for itself. I kind of like the way it ended.”

The Irregulars (one season) – Cancelled in May

This series puts a supernatural spin on the tale of Sherlock Holmes, focusing on the ragtag team of street kids who help him with investigations.

The show is a slow-burner but did hold on to space in the Top 10 trending shows for two weeks.

No official reason was given for the axing.

“SO grateful to the entire team behind The Irregulars who showed up every day and grafted for over a year, pouring everything they had into making the show.

‘The theme of found family truly lifted off our pages + became a reality. I’m sorry we’re not heading back to Baker Street.”

This mega-budget superhero series stars Josh Duhamel and Leslie Mann as aging heroes preparing to hand over their duties to their less-than-interested kids.

To the shock of everyone, the show was cancelled just two months after it launched on Netflix.

It’s not been confirmed why the series was axed, but it cost a reported $9million an episode to make. So if it didn’t make the ratings, it could’ve been dead in the water.

A new series by showrunner Mark Millar, titled Supercrooks, is now in the making, and will be ‘part of the Jupiter’s universe’.

Dad, Stop Embarrassing Me! (one season) – Cancelled in June

Inspired by Jamie Foxx’s relationship with his daughter Corinne, the sitcom seemed to be a hit.

However, the eight episodes is sadly all there is for the show.

Despite this, Foxx is still working with the service on two upcoming movies – They Cloned Tyrone and Day Shift.

Bonding is a dark, semi-autobiographical sitcom about two friends in New York working as dominatrixes.

It appears viewership was its ultimate downfall, and after the second season of six, half-hour episodes, it was axed.

Country Comfort stars Katherine McPhee as Bailey (McPhee), a country singer whose life collapses after she’s kicked out of her band.

Making ends meet, she accepts a job as a nanny.

The series premiered in March but as part of a massive cull, Netflix cancelled the show alongside The Crew, Bonding and Mr Iglesias.

Comedian Gabriel ‘Fluffy’ Iglesias stars in this heartwarming series about a public high school teacher trying to get through to struggling kids.

Gifted misfits, the teacher tries to save them from their bully bureaucrat Assistant Principal (The Office US’s Oscar Nunez).

The show ran for three ‘parts’ rather than seasons, but has now been cancelled.

The Crew (one season) – Cancelled in July

Kevin James stars in this sitcom about a NASCAR garage crew.

When the owner steps down and his daughter takes over, Kevin gets his nose out of joint.

As a result, he often clashes with her attempts to ‘modernise the team’.

James still has outstanding deals to make content for Netflix despite the axe.

Cursed (one season) – Cancelled in July

However, the cast was quietly released from their contracts in July.

No reasons are given for the axe, but it may down to viewing figures.

All series remain available on Netflix.