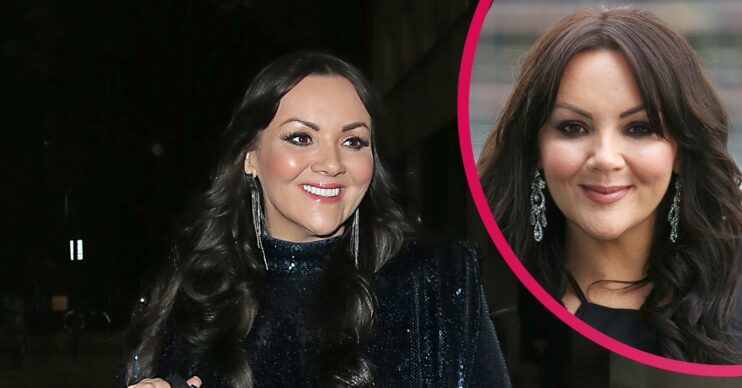 Martine McCutcheon claims she was ‘rejected’ by BBC’s Who Do You Think You Are?

Martine McCutcheon claims that she was rejected from appearing on Who Do You Think You Are? by BBC bosses due to her family history.

The 45-year-old claimed the BBC cancelled plans for her episode after they found out her family was full of “wrong’uns”.

What did Martine McCutcheon say?

Martine McCutcheon recently revealed that she had almost been on the BBC ancestry show, Who Do You Think You Are?

In an interview with Rob Beckett and Josh Widdicombe on their podcast, Parenting Hell, Martine spoke about her rejection from the show.

Read more: Joe Lycett on Who Do You Think You Are?: Does he have a partner and how much is he worth?

Martine claimed that the BBC was initially excited about her taking part in the show, but quickly had a change of heart.

“They [BBC] called me and they were just really disappointed because there’s a load of mud huts and wrong’uns that they just didn’t [want to] talk about,” she revealed.

“They got all excited when they thought I would like to do it and then they called me and went ‘This isn’t going to work’,” she added.

What else did Martine McCutcheon have to say?

Martine then went on to speak to Josh and Rob about being from the East End.

“I probably am a typical East End mum,” she said. “I’m full of praise, full of love and affection, but I’m also like, ‘Enough is enough.'”

“Most people are posher than me, that’s not hard,” she added.

The 45-year-old Love Actually star revealed that she still has plenty of family in Bethnal Green, and she goes back regularly to visit.

“I still go back to where I’m from, still see my friends, still see my family,” she said. She then went on to say that every time she goes back, her family is surprised that she still speaks the same.

She added: “When I go back to Bethnal Green they think I speak beautifully. They go ‘Don’t you speak nice now?'”

Who else from EastEnders has been on Who Do You Think You Are?

Martine’s application to go on the show may have been rejected, but fellow EastEnders star Danny Dyer’s wasn’t.

The 44-year-old appeared on the show in 2016 in an episode full of surprising revelations.

Read more: Who Do You Think You Are? star Judi Dench ‘laughs off failing eyesight problems’

The Football Factory star found out that he was in fact related to both Edward III and William the Conqueror.

After appearing on the show, Danny said: “I’m still in shock at the fact that I’m related to such important people.”

The most recent series of Who Do You Think You Are? is available on BBC iPlayer.

What do you think about Martine being rejected from Who Do You Think You Are? Leave us a comment on our Facebook page @EntertainmentDailyFix and let us know what you think.