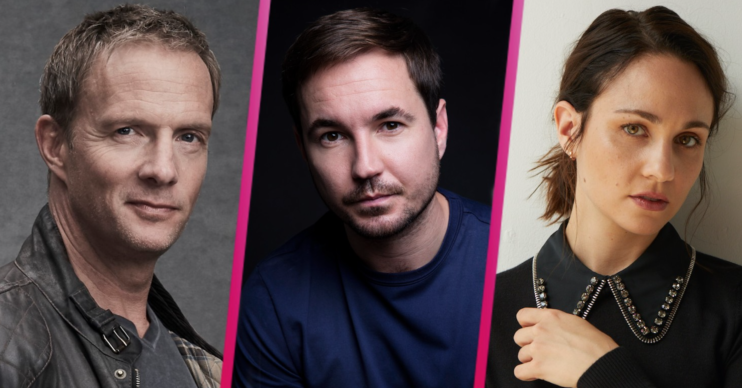 Martin Compston announced as lead in new ITV thriller Our House – but what’s it about?

This sounds so good!

Martin Compston has landed a new leading role in Our House, an ITV thriller.

Our House is a four-part drama coming soon to the channel.

And Line of Duty star Martin, 37, leads an amazing cast. Here’s everything you need to know.

What is the latest Martin Compston news and what is Our House all about?

Based on the best-selling novel by Louise Candlish, Our House will be a four-parter on the channel.

It tells the story of Fiona Lawson, who arrives home one day to find strangers moving into her house.

Read more: Which drama is In Plain Sight’s Martin Compston starring in next? When is Vigil starting?

With all her family’s possessions and furniture nowhere to be seen, Fi believes there’s been a huge mistake and insists her home isn’t for sale.

With events spiralling beyond her control, her panic rises as she can’t reach her estranged husband, Bram.

Who else is in Our House on ITV?

Fiona is played by Downtown Abbey star Tuppence Middleton, who also starred in Shadowplay and War and Peace.

The Line of Duty star has been a busy boy recently – fans will see him in upcoming submarine thriller Vigil on BBC One and the second series of Traces on Alibi.

Elsewhere, Rupert Penry-Jones will play enigmatic Toby, who has a few secrets up his sleeve, too.

Also in the cast is Weruche Opia, who viewers last saw in the award-winning I May Destroy You on BBC Two.

What did Martin say about the role?

Martin said about his new role: “I’m absolutely delighted to be part of the cast of ITV’s Our House in the role of Bram.

“The scripts are genuinely thrilling, packed with twists and turns that kept me guessing until the end. I’m excited to bring them to the screen.”

Elsewhere, Tuppence said:  “What struck me about Our House is its immense relatability; it’s a story where you catch a glimpse of yourself in the characters, and you get the chilling realisation that what happens to Fi could happen to anyone.

“What a fantastic opportunity to work alongside ITV and the team at Red Planet Pictures to adapt this artfully plotted novel.”

When will Our House be on?

When it announced the series, ITV kept schtum about any other details.

Currently, we don’t know when production will start.

However, you could probably pace an educated guess and say that Our House will be with viewers sometime in early 2022.