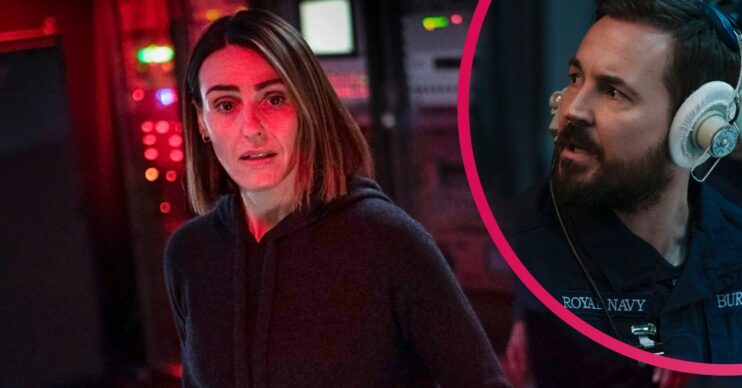 Vigil on BBC One: Details that make us want this Suranne Jones series RIGHT NOW!

Hurry up BBC and give it to us!

Vigil on BBC One is set to be the big new crime drama that everyone will be talking about.

But what’s the skinny on the submarine-based thriller starring Suranne Jones, made by the same production company who made Line of Duty?

And here it is live on @BBCOne directly after the #UKRvENG Euros quarterfinals! Such a special moment and a wonderful feeling after 2 years of very hard work from so many immensely talented and brilliant people! I can't wait for you all to see what we've cooked up! 😊🙌🏻 #Vigil pic.twitter.com/hclfRyrm8J

Fans went wild when the BBC released a brand-new trailer for the series last week.

Showing an image from the trailer, she wrote on Twitter: “And here it is live on @BBCOne directly after the #UKRvENG Euros quarterfinals!

“Such a special moment and a wonderful feeling after two years of very hard work from so many immensely talented and brilliant people!

“I can’t wait for you all to see what we’ve cooked up!”

Nor can we, Isabelle!

Scottish actress Lauren Lyle is one to watch, and she has revealed she’s appearing in Vigil.

Posting the trailer on her Instagram account, the 27-year-old Outlander star teased fans that the series was “coming soon”.

Lauren has recently landed the lead role in the new ITV Karen Pirie series, which is based on crime writer Val McDermid’s best-selling novels.

In the new series, Lauren will play a detective who must investigate a historic murder that has been the subject of a true-crime podcast.

Stephen Dillane’s in it too!

Why didn’t we clock that Stephen Dillane is in Vigil?

The acclaimed Game Of Thrones actor has got legions of fans across the world and he appeared very briefly in the first trailer released in May.

Now, in the new trailer he appears more.

Playing a mysterious Admiral we saw him barking, “It’s a staggering act of hostility!”

Does Stephen’s character know something that DCI Amy Silva does not? And who is perpetrating such an act of hostility?

When the crew are due to be collected and return to the mainland, a sudden mysterious and all-enveloping fog rolls through.

The mystery is set to air on Amazon Prime next year.