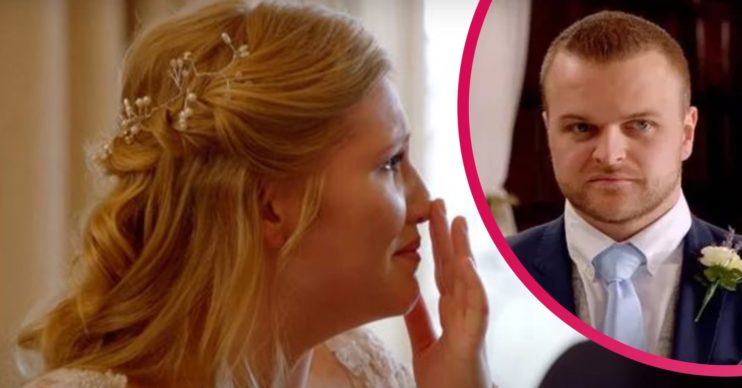 Married At First Sight returned on Tuesday night (October 6), but sadly not with a bang.

The premise of the popular Channel 4 show is that two people who have never met are “scientifically matched” by dating experts who believe that they make the perfect couple on paper.

Tuesday’s episode saw the panel deciding who was going to be marrying who.

With the experts agreeing Michelle would walk down the aisle with Owen and Shareen would wed David, all that was left was to begin preparations for the big day.

What did viewers think of Married At First Sight?

As the latest episode of the Channel 4 series got underway, viewers took to social media to share their thoughts on its return.

However, it turns out not everyone was quite as pleased with the episode as producers may have hoped.

“Tuned in to Married At First Sight UK…the voiceover is just…well…BORING and almost like a robot. I can’t get into it,” ranted one viewer.

“Feel like the UK version is dying a death,” complained a third.

However, not everyone felt quite the same way.

One happy viewer tweeted: “Pleased they’re cracking on with the weddings this series!”

The end of last night’s episode did tease some high drama to come next week, so we’re hopeful it will ramp up!

What happened between Michelle and Owen on Married at First Sight UK?

During an appearance on ITV show Lorraine, Owen opened up about his true feelings regarding being on the reality series, and what he wishes he could have done differently.

“I personally would have rather done it without the cameras,” he told Lorraine.

“Every emotion you can feel, I felt. Excited, scared, hyper. I’d just met all her family and friends! I couldn’t stand still until after the ceremony.”

“It’s a bit like internet dating in a way isn’t it?” questioned Lorraine.

Owen continued: “I found out six weeks before the wedding I was matched with Michelle. No difference in my mind to a normal wedding.

|You don’t take it lightly. It’s a massive, massive thing that needs to be taken seriously,” he added.

The show has a long and tumultuous history when it comes to the success rates of its couples.

So far there have been marriages, divorces and even some couples who were so incompatible that they couldn’t even force themselves to walk down the aisle at the end of the show.

You can find out where all the couples are now here.