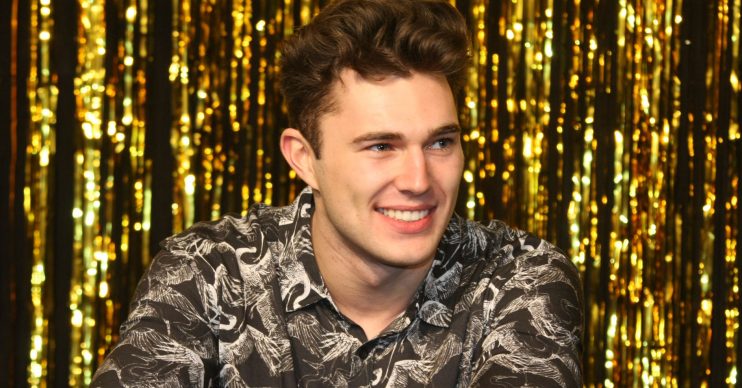 The dancer has landed a "dream" job

Curtis Pritchard has confirmed he has bagged a new job on BBC One show The Greatest Dancer.

The Love Island finalist revealed the exciting news during an interview on Radio 1 today (August 8).

The Ballroom and Latin dance champion has landed the role of hosting hopefuls as they arrive for their dance auditions on the BBC talent show.

The 23-year-old, who is dating fellow Love Islander Maura Higgins, described his new job as a “dream come true.”

Curtis, who is a pro dancer on Ireland’s Dancing With The Stars, said: “To have left the Love Island villa just 10 days ago and to be so quickly given an opportunity to be a part of a show as amazing as The Greatest Dancer is a dream come true!”

He explained: “When I got the call I was so honoured to even be considered for this so the fact it’s happening I can’t quite believe! Dance is my passion and I can’t wait to meet all the contestants in the new revamped reception area.”

Read more: Love Island’s Ovie Soko signed up as chef for This Morning

Curtis will have a wealth of knowledge to offer the aspiring dancers on the new series, which begins next year.

As well as taking part in Dancing with The Stars for three seasons, Curtis has starred in a number of stage productions including Priscilla Queen of the Desert, Burn The Floor and Rip It Up.

I’ve got some really exciting news to tell you – I’m going to be joining the next series of #GreatestDancer on BBC One🕺 I’ll be hosting all the action in the reception area and meeting all the contestants! It’s an absolute dream come true, dance is my passion and I can’t wait to meet everyone! Make sure you tune in next year to see all the action 🙌

It’s not the only new gig Curtis has been offered.

Curtis and his brother AJ, who is a pro on Strictly, will soon be working together as they have been confirmed as choreographers on the upcoming series of RuPaul’s Drag Race UK on BBC Three.

Curtis previously admitted he wouldn’t turn down the opportunity to appear on Strictly Come Dancing.

According to the MailOnline, before entering the villa Curtis said of his career plans: “Joining Strictly is an opportunity that I would never turn down but who knows.”

Head over to our Facebook page @EntertainmentDailyFix and let us know what you think!