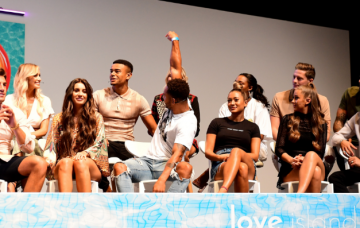 The boss of Love Island has defended the decision to cast only slim, attractive people on the hit ITV2 dating show, saying it is “aspirational”.

Paul Mortimer, controller of digital channels at ITV, said the programme also showed the contestants exercising to get the bodies they have.

The show faced a backlash this year over a lack of diversity among its cast.

Speaking at the Edinburgh TV Festival, he said: “I think on the body image thing, we cast very attractive people, it’s a sexy show.

“It is entertainment on ITV2 and in the same way Hollywood casts a certain type to get bums on seats in theatres or other shows, the Strictly dancers or whatever…

“Also for us it’s a very aspirational programme for our audience. (It’s the) perfect holiday they can only aspire towards.

“It comes along at a time when people are readying for holiday, a week in Magaluf or whatever, and we’re showing them the best example of what they could have.

“We cast sexy people, we’re a sexy channel. Those people, by the way, they work quite hard. There’s a gym, we show people working out.

“There’s also another conversation going on about childhood obesity. If you want to look like the guys on Love Island you have to work out.

“We make no excuses that people more beautiful than us are entitled to go into a villa for eight weeks and find love.”

Addressing the broader topic of diversity on screen, Kevin Lygo, head of television at ITV, said: “This has been endless, and I think everybody has got better at it, and I think we’re pretty good.

“I think when we do it at our best, you don’t even notice. Certainly The X Factor and The Voice and things, they are incredibly diverse and nobody talks about them being an example of great diversity, because it’s so seamless and natural.

“Some of our dramas too, there’s the whole one set in Sri Lanka, The Good Karma Hospital.

“But I think you can never take your foot off the gas.

“Behind the camera it’s a different story, but there are loads of initiatives going on.

Would you like to see some more average-looking people in Love Island next year? Let us know what you think by leaving us a comment on our Facebook page @EntertainmentDailyFix!