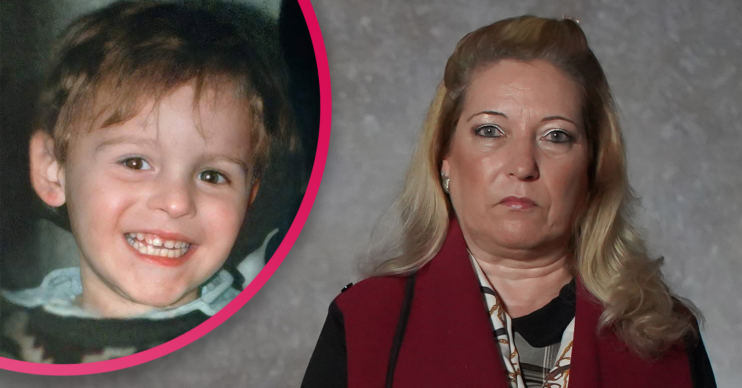 Viewers were devastated to learn of her earlier tragedy

Part one of Lost Boy: The Killing of James Bulger aired on Channel 5 last night (March 10) and it’s fair to say it left viewers absolutely heartbroken,

The abduction and murder of two-year-old James took place on February 12 1993 – some 28 years ago.

However, watching the show last night, viewers said they remembered the horrific crime as if it was yesterday.

And their heart went out to his mother Denise Fergus, and not only because of the bravery she’s shown since losing James.

James was abducted and murdered in 1993 by Robert Thompson and Jon Venables.

The boys were both aged 10 at the time.

Read more: Where are the killers of James Bulger now?

A judge recommended a minimum term of eight years in jail and they walked free in 2001, with new identities and lifelong anonymity.

For his mother Denise, though, the life sentence continues – not just with the loss of her son, but the loss of a daughter two years before James was born.

Denise and James’ dad Ralph Bulger had another baby before James.

At full-term, she was told the baby she was carrying had no heartbeat and she gave birth to a stillborn daughter.

She named her Kirsty.

It was a loss that devastated her and she recalled that she told herself at the time: “Today is the worst day of your life. It will never get worse than this.”

James arrived two years later and, tragically, she lost him too at the hands of Venables and Thompson.

What did viewers say about Denise on Lost Boy: The Killing of James Bulger?

Channel 5 viewers praised Denise’s bravery for appearing on the documentary.

Many also commented that their “heart breaks” for Denise.

“My heart breaks for what Denise has gone through.

“She lost her first Kirsty who was tragically still, then her second #jamesbulger was taken away so cruelly.

“Her loss and her family’s is so heartbreaking,” said one.

She lost her first Kirsty who was tragically still, then her second #jamesbulger was taken away so cruelly.

Another said: “Loosing one of your babies would have been truly devastating, but after nine months of pregnancy and your baby girl being stillborn must have made it 100 times worse.”

“His mum Denise is so brave, can’t even imagine the horror she has had to relive daily,” said a third.

“Your James will never be forgotten. No words describes the pain burying your own child,” another added.

On Instagram, Denise recently posted a picture of a broken heart emoji and paid tribute to Kirsty.

“Aww never knew this Denise. In my thoughts. Hope your babies are together, looking after each other,” said one.

“Your two precious souls are together and so proud of their incredible mother,” said another.

Did Denise have any more children?

Denise went on to have three more boys after the murder of James.

She was pregnant with son Michael at the time of the murder trial.

She and Ralph then split and she had two more sons – Thomas and Leon – with second husband Stuart Fergus.

Head to our Facebook page @EntertainmentDailyFix and tell us if you watched the documentary.