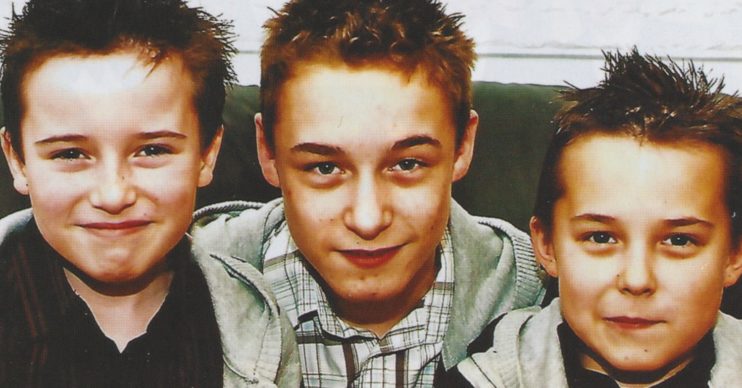 Michael, Tom and Leon appear in a new C5 two-parter re-examining the horrific murder of their brother

Lost Boy: The Killing of James Bulger focuses on the horrific murder of a two-year-old boy, told by the people at the heart of the case – including James Bulger’s brothers who have never spoken out on TV before.

The Fergus brothers – Michael, Tom and Leon – give their first televised interview about their older brother who disappeared in February 1993.

But what do they say?

Robert Thompson and Jon Venables, both 10, murdered him in cold blood.

Grainy CCTV footage shows them walking James away from the Strand shopping centre in Liverpool.

The nation was horrified that two children had killed another innocent child.

James was just two when he was tortured and killed in one of the most disturbing and horrific crimes in history.

But mum Denise brought them up to remember him as their elder brother.

Some readers might remember Michael, 27, accompanying his mother and father, Ralph Bulger, to the Home Office to demand that James’ killers be locked up for life.

He says: “Being James’ brother, it’s not a weird thing. We’ve always grown up knowing he was there, who he was, what he was like, his character.”

Michael – who has the same dad as James – recalls how the memory of James still lives on.

He says: “He’s never not been part of the family.

“We have a spare chair around the Christmas table. It’s always been empty.

“My mum likes to see James as – not sitting there but – being there in presence with us, obviously while we’re having Christmas dinner.”

He continues: “He’s always been a character that we’ve wanted to know more about… Wishing he was here rather than just being someone that was in the background all the time.”

Talking about James’ killers, he adds: “You do think about him. What them two did to James was – it’s unimaginable.”

James’ half brothers, Leon, 21, and Thomas 22, explain how protective their mother was around them as they grew up.

Leon Fergus says: “Growing up, if we were walking round a shop and that, she’d always make sure she was at the back so she can walk us forward in front of her.

“She wanted to know where we were at all times.”

“I don’t really want to know all the details about it.”

“She doesn’t want us to go out anywhere, because obviously that will always be in the back of her head, every day.

“And obviously, it’s scary to think that it could have happened again.

“You’re going to be over-protective, aren’t you, when something like that happens in your life.”

Talking about James’ actual murder, Tom says: “What happened, it is sickening isn’t it? To my own brother.”

Lost Boy: The Killing of James Bulger on Channel 5

This two-part documentary, which concludes tomorrow, tells James’ story from the people who knew him.

His mum Denise Bulger, and brothers Michael, Tom and Leon, all discuss his disappearance as they remember it and how they came to terms with his death.

Other contributors include police officers involved in the case, and reporters who covered it.

Viewers will hear a definitive story of the case, examining in forensic detail what happened on that tragic day.

We’ll also hear how the young killers were caught and the devastating legacy of the murder on James’ family and the community.

Lost Boy: The Killing of James Bulger starts on Wednesday March 10 at 9pm on Channel 5 and concludes the next day.