The TV presenter, 48, was speaking on today's (May 10) show with fellow panellists Kaye Adams, Brenda Edwards and Gloria Hunniford when she accidentally dropped the C-word.

The Loose Women were talking about the tweet Baker posted earlier this week that led to his sacking. 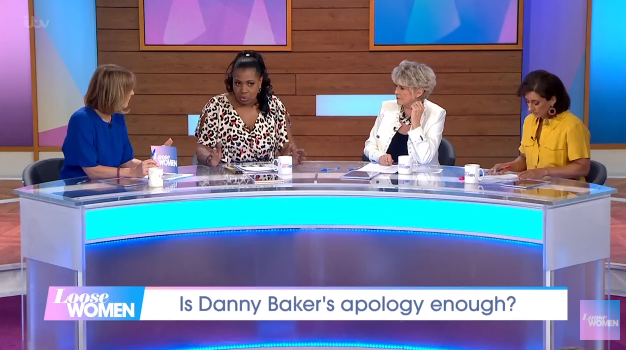 They were talking about axed DJ Danny Baker (Credit: ITV)

They discussed whether or not his subsequent apologies were enough and Saira launched into a brutal rant.

She fumed: "He is working in an industry where we are setting best practice. We all know what we can and can't say and what we should put on our Instagrams.

To be so ignorant working in this industry is inexcusable.

"We have [those] moral values.

"This is why so many people fight for diversity. Because if he did have black friends, if he did have Asian friends by the side of him, he would instantly have known 'don't pick that [bleep]'."

Without a moment's pause, she remained composed and corrected herself, continuing: "I mean, that cartoon. Don't pick that image. Because that's going to offend. To be so ignorant working in this industry is inexcusable." 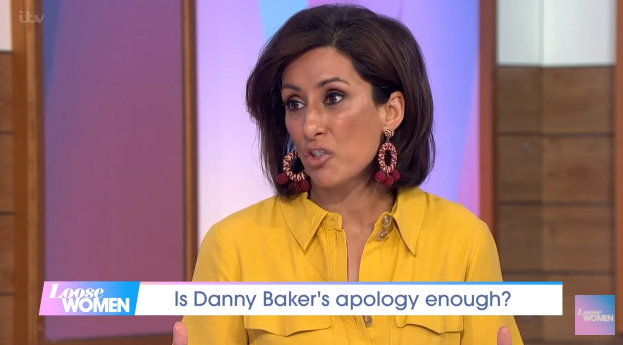 Was she meant to say 'cartoon'? (Credit: ITV)

ED! has reached out to the show for comment.

Offering her take on it, Brenda Edwards said: "When I was younger, I had people making 'monkey' comments and all of that. If you've had that comment made to you, then you know how it feels. If you haven't, then you just don't know how it feels. And it hurts. When I saw that [tweet from Danny Baker], I was really distressed, offended, upset.

"And I just thought, gosh. As a human race, where have we gone to?" 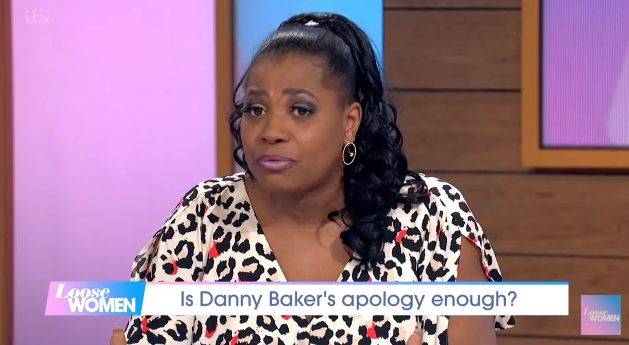 Danny tweeted a black-and-white photo of a man and woman with a chimpanzee dressed in human clothing, writing alongside it: "Royal baby leaves hospital."

Twitter users came out in force to slam the tweet as 'racist' because Meghan Markle's mum, Doria Ragland, is African American.

Danny, who deleted the tweet and issued several apologies, later tweeted that the BBC had sacked him.

Good morning, everyone.
Following one of the worst days of my life I just want to formally apologise for the outrage I caused and explain how I got myself into this mess.
I chose the wrong photo to illustrate a joke. Disastrously so.

In one of his apologies, he wrote: "Good morning, everyone. Following one of the worst days of my life I just want to formally apologise for the outrage I caused and explain how I got myself into this mess. I chose the wrong photo to illustrate a joke. Disastrously so." 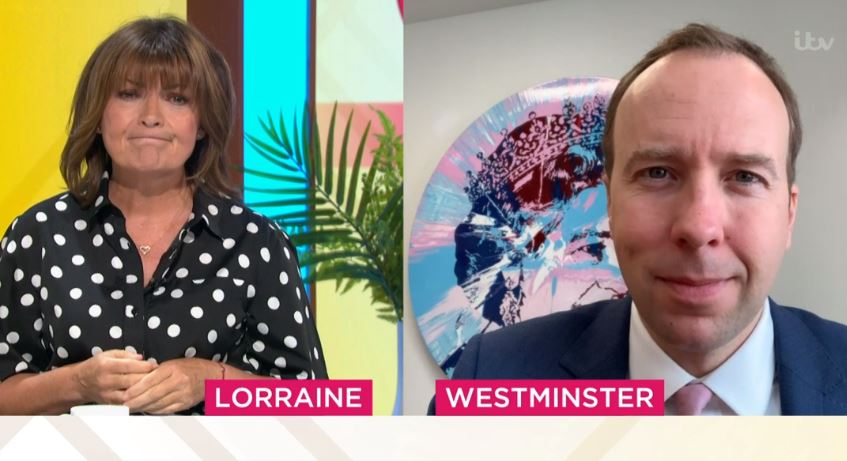