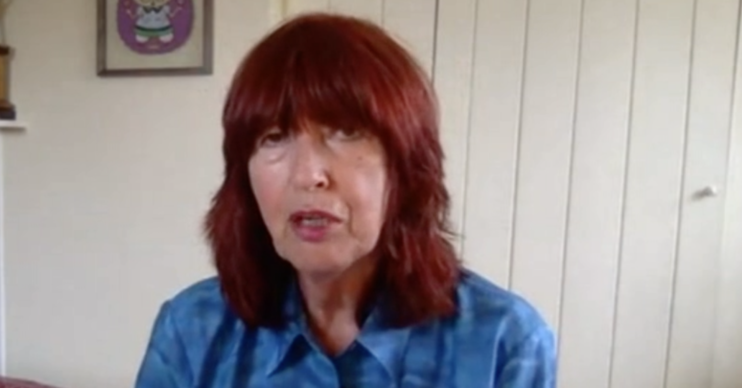 The star found a "growth" before lockdown

TV’s Janet Street Porter has revealed she is “concerned” as she waits for treatment after finding “a growth” on her nose.

She revealed her fears on today’s Loose Women (June 3).

Host Ruth Langsford opened the health segment by asking if coronavirus had created a “ticking time bomb” for cancer patients.

She said cancer charity Macmillan estimates that 2,000 people a week are going undiagnosed during the pandemic.

Half of all people also have their treatment delayed, cancelled or changed, she said.

Although she added: “We know that NHS staff have been working tirelessly through the pandemic.”

She then addressed Janet.

When it was diagnosed, I was told you can have it done within three months privately. But on the NHS I could be waiting seven months.

“Before lockdown, you found a little something on your nose that you were concerned about. So I wanted to ask you, what’s happened since then, have you been able to see anybody, are you concerned?” Ruth pressed.

“I am concerned but it’s not life-threatening,” Janet revealed.

She then went on to discuss her diagnosis.

“Little growth on my nose”

“But before, when it was diagnosed, this little growth on my nose, I was told you can have it done within three months privately. But on the NHS I could be waiting up to seven months,” she said.

“Because I didn’t want to take any extra time off work because there will be scarring, I opted to have it done privately,” she revealed.

However, Janet added: “But even privately operations have not resumed yet, so I’ve still got it.”

Janet then went on to reveal what “really concerns” her.

She said: “What really concerns me is people with life-threatening cancer diagnoses. I do think it’s an appalling situation that everything was put on hold for coronavirus.”

She added: “Charities like Macmillan said up to 45% of people who are undergoing cancer treatment have had it stalled, stopped or postponed. That will impact on their life, their quality of life and their final outcome.”

Janet didn’t stop there, either.

She said: “The fact of the matter is hospitals all over England have postponed or stopped cancer treatments and there’s not enough information about how they’re starting to bring them back.”

The TV star said she’s read that funds are “still being diverted from cancer and so on into preparing or a second wave of coronavirus”.

Janet concluded: “We must get our attention back on cancer because ultimately cancer could kill far more people than this virus unless we help people get the treatment they desperately need.”