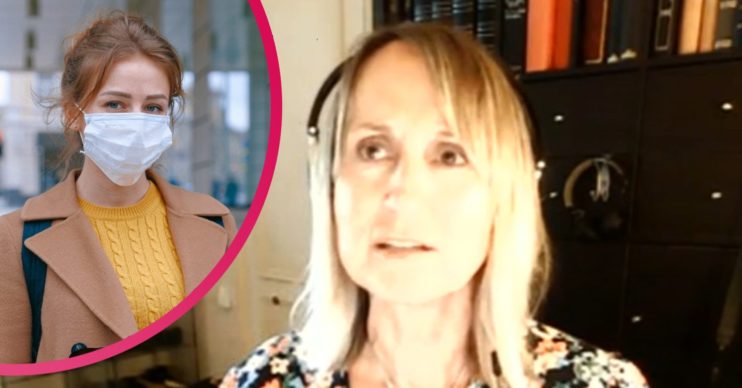 Co-panellist Kelle Bryan took her to task over it too

As the world continues to fight the coronavirus pandemic, face masks are becoming a more prevalent part of our everyday lives.

Hollywood star Tom Hanks, who suffered coronavirus, has released a video saying he has ‘no respect’ for people who refuse to wear face masks.

Carol was asked her thoughts on his statement and launched into a long rant about it.

Read more: This Morning fans question why Martin Lewis does his segment

“I’ve loved him, I think he’s really great, but to say I’ve lost respect for someone because they choose not to do something that everybody else is doing…” she said.

“I will go out of my way to not wear one because I think they’re invasive; they’re uncomfrotable.”

After saying she “has theories” about masks that she didn’t want to go into, she then said she felt everyone would just get used to wearing one and we’d keep them on forever.

“Everybody gets used to it and then it just happens forever, it’s like: where does it end? Where do you stop, when do you stop wearing a mask?” she said, getting more irate.

“The virus isn’t going away and there’s not going to be a vaccine for a hell of a long time, so when do we stop wearing those masks or do we always have to walk around with our faces covered? I find it a real invasion of my space.”

Fellow panellist Kelle Bryan then stepped in to take Carol to task over her comments.

“Carol, we stop wearing a mask when it becomes safe to do so.

“Tom Hanks actually had coronavirus so he’s speaking from a place of being impassioned from personal experience.

“Wearing a face mask has been proven. I wore a face mask before this pandemic becuase I am immuno-supressed therefore I am susceptible to infections, so wearing a mask, I know you say it’s uncomfortable – is it more uncomfortable than not being able to breathe or being in intensive care?”

Carol wasn’t having any of it though and bit back: “What you’re assuming is that everybody is dangerous,” she argued.

Carol asks: are we human?

“It’s like you’re looking at other human beings and people are not being human any more. They’re actually looking at everyone as though they might actually kill you.

“I just think that people saying to me it’s the least you can do, it’s not about that, it’s about much, much more than that and accusing me of being a selfish murderer more or less for not wanting to wear one. It’s got out of hand.”

Kelle again came back saying: “But Carol, I think you’ve got to look at it in the broader perspective. If you by wearing a mask, you might be preventing somebody else from catching the virus. It is a preventative measure that you can do quite easily that’s not going to affect you that much.”

“It is,” Carol could be heard shooting back before Stacey Solomon and Christine McGuinness had their say.

What did Loose Women viewers say?

Those watching at home were overwhelmingly on Kelle’s side. They called Carol ‘selfish’ and ‘dangerous’

I’d rather wear a face mask EVERY DAY FOR THE REST OF MY LIFE than be the cause of someone else’s death! Completely selfish, arrogant and dangerously irresponsible comments from @McGiff today. @loosewomen you need to denounce these comments immediately. #LooseWomen

#LooseWomen
Carol should watch the interview with Kate Garraway on @GMB. Knew corona virus was dangerous but not to that extent. Wearing mask shouldn’t be an issue to protect other people.

Carol is completely missing the point, wearing a mask isn’t a matter of personal liberty or choice. Its about saving lives and eradicating the spread of the virus.#LooseWomen

ITV are so irresponsible allowing someone like her to spew forth anti face mask rubbish – of course they’re not the beall and end all but save 10% of infections and it’s a winner !#LooseWomen

So dangerous to air carol’s views to be honest, there’s having an opinion then there is airing a view dangerous to public health on live national TV #loosewomen

Did anyone agree with Carol McGiffin?

However, a couple of viewers felt Carol had a point.

#LooseWomen Well said Carol..people seen unware that the co2 breathing back in is *dangerous* i agree with you..

Drink driving is a lot worse than wearing a mask. I totally agree with Carol on this! #LooseWomen

Do you agree with Carol? Leave us a comment on our Facebook page @EntertainmentDailyFix and let us know what you think of this story. 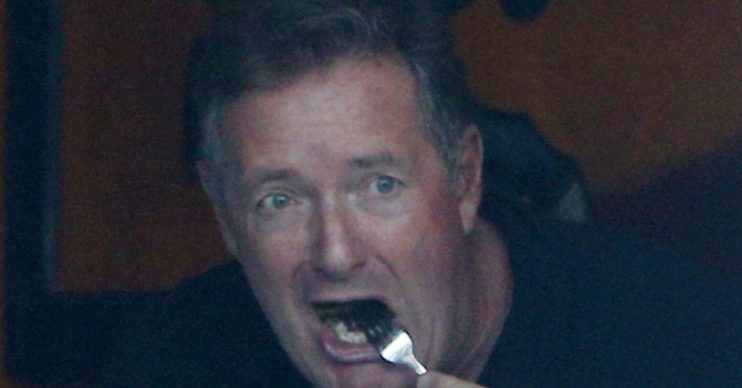