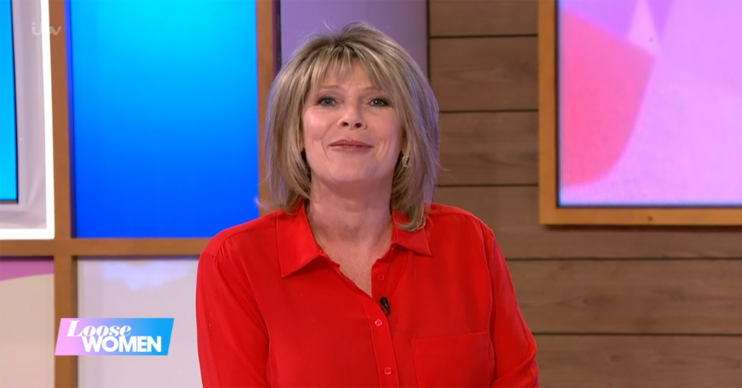 Ruth Langsford apologised to viewers for running out of time

Viewers of Loose Women have criticised the show for cutting off guests after running out of time.

Read more: Carol McGiffin considering seeking help as she struggles to ‘get out of bed’ during lockdown

The Harry Potter author commented on a story with a headline that read: “Opinion: Creating a more equal post-COVID-19 world for people who menstruate.”

JK tweeted: “‘People who menstruate.’ I’m sure there used to be a word for those people. Someone help me out. Wumben? Wimpund? Woomud?”

However, many branded her comments “transphobic”.

JK hit back: “I know and love trans people, but erasing the concept of sex removes the ability of many to meaningfully discuss their lives.

“I respect every trans person’s right to live any way that feels authentic and comfortable to them.

“I’d march with you if you were discriminated against on the basis of being trans.”

I’m so sorry. There’s too much to talk about.

Riley, who is the first trans man to play a regular transgender character in British soap history, called her comments “ill-timed and distasteful”.

However, as he was discussing the comments, host Ruth had to cut him off to go an advert break.

As the show returned, Riley was given more time to speak about the issue before they moved on to the next topic.

Later in the programme, the panellists spoke to Emmerdale actor Jeff Hordley.

However, they were forced to cut him off after running out of time.

As Jeff was talking, Ruth said: “I’ve got to go Jeff. That’s the second person I’ve had to cut off today.

“I’m so sorry. There’s too much to talk about. Thank you very much. Emmerdale tonight. We will be back tomorrow.”

Another wrote: “Shame this programme @loosewomen cut Jeff off but preferred to waste time on the earlier person.

“Was loving this interview.”

A third added: “Imagine Loose Women discussing the JK Rowling discourse and getting a trans male on to share their perspective, and then just cutting him off after 2 mins.”

But they later tweeted: “Okay they have now extended the segment after the break… a small victory.”

This is Ronald! Belongs to @HordleyJeff!!! Shame this programme @loosewomen cut Jeff off but preferred to waste time on the earlier person. Was loving this interview ☹️☹️ https://t.co/pKvPZLf4cY

However, one person saw the funny side and mocked those criticising the show.

Do you enjoy watching Loose Women? Head to our Facebook page @EntertainmentDailyFix and tell us what you think.