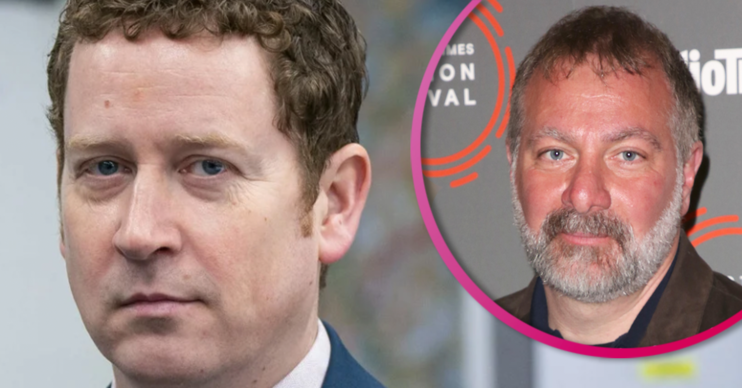 Some Line of Duty viewers were disappointed with the reveal

Line of Duty fans have had something of a mixed reaction to the finale revelation that Buckells is the man previously known as H.

Some feel disappointed that The Fourth Man is a bumbling Brummie and not a criminal mastermind taken down by the AC-12 Holy Trinity Ted, Kate and Steve.

Line of Duty creator Jed Mercurio has explained why he chose to make Buckells, who’s been a part of the show since series one when it lived on BBC2, during a chat with podcast Obsessed With Line of Duty.

He said: “I suppose it was really down to the decision to kind of hold him to account, sort of mid-season.

“You know there were suspicions around him in the first two episodes and then Jo points the finger at him, AC-12 get him in, they charge him, off he goes to prison, and it feels like he’s done and dusted.

“And I think that if we kept him as part of the action, all the way through, then it would have been very hard to misdirect the audience, so we were trying to present other candidates to take the focus away from him.

“We did introduce some characters late, so Thurwell came in late, we went back to Fairbank, who’d appeared in season three, we had the Chief Constable, who had obviously been there since season one.

“But then I don’t think he would have been a satisfying candidate because he had been absent for so long, it would feel like we’d just brought him back in to pin it on him.”

Why H was not a criminal mastermind

He added: “Also because I think we’d been directing the audience towards a particular image of the kind of character that ‘H’ would be, that ‘H’ would be a criminal mastermind, and we wanted to make different commentary on the way in which someone can do a lot of harm without necessarily being a mastermind.”

When asked about how so many different characters were set up as potentially being ‘H’, Mercurio said while characters like DCS Patricia Carmichael and DCI Marcus Thurwell fit the bill in some ways, in others they didn’t.

Read more: 7 clues we missed that Buckells was H

He said: “It was really about the heritage of the series, going all the way back to season one, where Dot Cottan says, ‘Oh, can I just have a quick word with Tommy Hunter in the back of the van?’ and Buckells goes, ‘Yeah, alright’. OK, like, really, is that what you should be doing? Of course, not.

“And so you think he’s just a bit rubbish and so he doesn’t care. And that ended up being part of the evolution of the character, ya know, when he reveals his story, it’s the fact that his personal standards were low, that he wasn’t committed to honesty and integrity, and that then made him someone who was vulnerable to being groomed by the OCG into being a fixer for them.”

That all makes sense. Does this satisfy you if you were initially disappointed with the Line of Duty finale? Leave us a comment on our Facebook page @EntertainmentDailyFix and let us know!