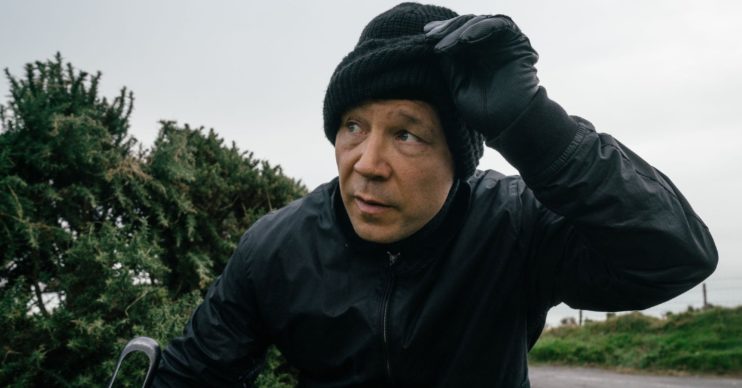 Kelly Macdonald guest stars in the sixth series of Line of Duty as DCI Joanne Davidson, who “will prove the most enigmatic adversary AC-12 have ever faced”.

She joins a long list of unforgettable famous faces who have already guest starred in the insanely good cop drama.

Here’s our list of guest stars ranked from least favourite to favourite ahead of the new series starting on Sunday (March 21 2021).

***Warning: spoilers from all five series of Line of Duty ahead***

Hollyoaks’ Jambo in top BBC drama Line of Duty? Why the hell not?

Will played Rod in two episodes of series three, before meeting an untimely end – as half the cast did in this series!

Number 10 on our list actually goes to the whole of series three’s ensemble cast – which was pretty impressive.

We consider this the season with the best group cast, including Jonas Armstrong, Arsher Ali, Will Mellor and George Costigan.

We love Anna in Motherland – but her Line of Duty character was anything but the shambolic, unkempt mother of two Julia.

Carmichael came across as half Terminator – cold, calculating and determined to win glory for exposing Ted Hastings as ‘H’.

Anna’s DCS Carmichael made her debut in the latest and fifth season of the hit show as she stepped in to shake things up at AC-12.

Yes, she was a BLEEP, but we loved to hate her.

She was smart and dedicated, but had difficulty controlling potentially damaging impulses – like an apparent attraction to DS Arnott.

Jessica’s character ranks in our top 10 because of her epic and unexpected death.

A corrupt copper threw Georgia from a high window after she tried to save the life of Tommy Hunter.

In episode two, DCS Lester Hargreaves revealed that Georgia fell five stories, and that the pathologist had to “spoon half her brain back inside her skull”.

A nerdy jobsworth, he got right under DCI Roz Huntley’s skin – quite literally.

The pair came into conflict when he raised concerns about her investigation.

As he started digging into his police colleague, the pair had a violent encounter where only one came out alive…

Roz murdered Tim and hid the evidence, as well as framing him for other crimes.

The OCG recruited Lisa as a teenager to deal drugs along County Lines – or so she claims.

As such, she knows more about the workings of the OCG (Organised Crime Group) than anyone.

Eventually, Lisa received immunity from prosecution in exchange for testimony about senior members and activities of the Organised Crime Syndicate.

Under an alias, she now delivers talks to schoolchildren to dissuade them from entering a life of crime.

We loved Rochenda’s character Lisa for being a badass woman in a man’s world, and staying spookily calm when every step she took was dangerous.

Daniel Mays has to be one of the most adorable actors on earth, so it was a shock when episode one of series three painted him as a bad guy.

Daniel played Danny, a member of an armed response unit.

In episode one, he’s put under investigation after the suspicious killing of a suspect.

However, as the story unfolded, we began to realise what was motivating him to do such dangerous and unpredictable things.

Danny was sexually abused as a young boy and is out for revenge.

Sadly, Danny did not survive the series.

Roz was an ambitious copper who had to claw her way back to the top after maternity leave. Respect for that alone.

Under pressure to nail a suspect in a lead investigation, however, Roz broke the law herself.

She murdered colleague Tim Ilfield and, after an investigation by AC-12, ended up in jail.

Since April 30 2017, she has been imprisoned for the manslaughter of Timothy Ifield and for perverting the course of justice.

Lennie James’ DCI Antony Gates will always be an important character for being the first.

He was a slippery corrupt policeman, who crossed several lines to cover up his tracks.

Adored by his loyal team, he returned the best crime figures on the Force for three years running and was awarded Officer of the Year.

But, of course, he was far from it!

Tony chose to walk into traffic rather than go into custody at the end of series one.

Eye-popping scenes saw him walk onto the motorway and get struck by a lorry.

“He was a fantastic character to bring to life, one of my favourite characters that I’ve played.”

Or so we thought when we first met him.

His willingness to go to extreme lengths draws attention from the highest levels of the organisation.

Viewers were left wondering if they could trust him – until he died in one of the series’ most jaw-dropping moments ever.

Corbett had his throat slit while trying to unearth police corruption.

We still haven’t got over it.

The role of Lindsay Denton on Line of Duty is arguably the one that proved Keeley deserves to be at the top of her game.

The gone but not forgotten character had more layers than an onion – and left us guessing until the very end.

Honestly, we’re still not sure if she’s a villain or a good guy or both – but that’s why we loved her character.

She was likeable and complex and confusing and infuriating and unhinged all at the same time.

There’s no such thing as two dimensional characters in Line of Duty.

DI Lindsay was a Missing Persons detective, who came under the scutiny of AC-12 in series two.

She remains the only ‘guest star’ to appear in two series – also popping up in series three.

She was granted an appeal trial, and acquitted on the basis of an improper sexual relationship with Arnott.

Sadly for fans, Lindsay was killed off in series three.

Dot Cottan – also known as ‘The Caddy’ – murdered her for refusing to accept a bribe.

Prior to her death, Lindsay discovered crucial evidence pertaining to the Danny Waldron murder investigation and historic child sex abuse.

She sent the evidence by email to AC-12 as her final act.

Line of Duty guest stars: Kelly McDonald in series six – what we know so far…

AC-12 is the drama’s anti-corruption branch.

Who is your favourite ever Line of Duty guest star? Leave us a comment on our Facebook page @EntertainmentDailyFix.