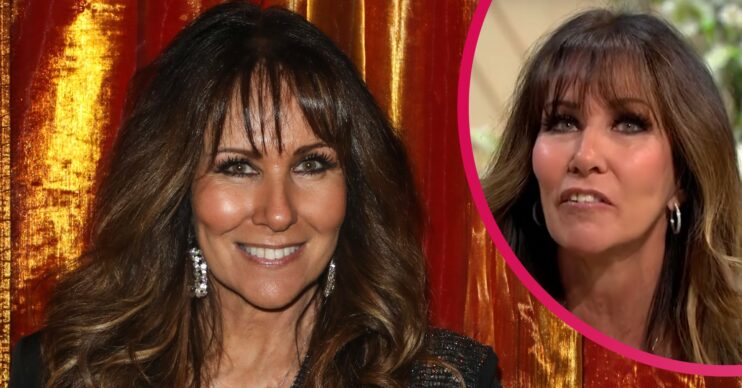 Linda Lusardi previously suffered with a health condition which made it look like she’d been crying before discovering a “life changing” remedy.

The former pin up star, 63, opened up back in 2015 about how she’d endured painful irritation to her eyes.

Furthermore, it seems the ailment which dogged her for 20 years proved a particular “nuisance” during her time on ITV soap Emmerdale.

As Linda makes an appearance on Pointless Celebrities this weekend, here is what she’s had to say before now about living with ‘dry eye’.

“It felt as though I had sand or grit in my eyes and there was a constant temptation to rub them, which was the worst thing to do,” she explained to the Express in April 2015.

The condition meant she wasn’t always able to wear eyeliner. And at one point she had to wear sunglasses in public – and indoors.

Linda chuckled: “People must have thought I was a right diva, wearing sunglasses on a dull day. I even had to wear them when I watched TV indoors just to stop my eyes streaming. My right eye was always worse than my left.”

Linda played Carrie Nicholls in ITV soap Emmerdale for a year from 2007.

She indicated during her chat with the Express that trying to combat her condition was a “real nuisance” during her time on the show.

Linda noted she was “constantly” applying eye drops. There was also speculation her condition may have been exacerbated by the weather when filming outdoors.

It became a real nuisance.

She also suggested it was difficult to take breaks to attend to her eyes during production.

However, Linda added: “Fortunately I was able to hide it most of the time and everyone was very sympathetic but it became a real nuisance.”

Ultimately, Linda found relief with Omega 7 Sea Buckthorn Oil, which helps lubricate the skin and mucous membranes found in the eyes and nose.

Determined to give a solution a try, Linda was delighted her eyes returned to normal within weeks.

“It really has been life-changing for me and I don’t need eye drops any more,” she said.

Pointless Celebrities airs on BBC One, Saturday April 9, at 7.50pm.