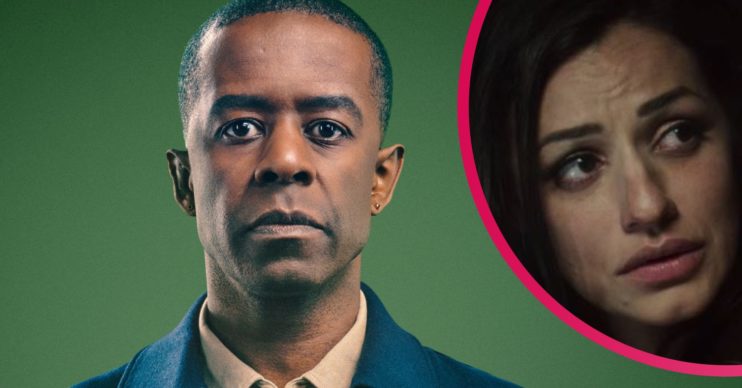 Life continued yesterday evening and the last few minutes of the BBC One drama left viewers stunned as it delivered an ‘incredible’ twist regarding David, Kelly and Saira.

But in the first two episodes, he started to suspect that she might have been hiding something from him. Her old friends all appeared to remember her as a completely different person, and he also discovered that she had a secret phone.

What happened with David, Kelly and Saira in BBC’s Life?

In last night’s (Tuesday, October 13) episode, David took steps to gain access to Kelly’s laptop. When he spoke to her former colleague, the man revealed that one of Kelly’s final wishes was for him to keep her laptop password secret – even from her husband, David.

Meanwhile, David has grown closer to one of his students, attractive waitress Saira (Saira Choudhry).

During a date, he questioned why she would be interested in a widower.

In the closing scenes of the episode, Saira was in bed with David, who was asleep. She crept away to another room, where she found Kelly’s laptop – and tapped in the password!

The laptop’s desktop background was a photo of Saira cuddling up to Kelly, revealing to viewers that the pair were in secret relationship.

Elsewhere, Victoria Hamilton’s character, Belle, was in a gay bar, looking at a collage board on the wall. Viewers saw a photo of Saira kissing Kelly.

What did BBC viewers say about the twist in Life?

Reacting on Twitter, viewers had to admit it was a twist they did not see coming.

One tweeted along with a string of shocked emojis: “Omg that ending! I was not expecting that at all! This series just gets better and better, seriously #lifebbc.”

A second wrote: “#lifebbc. I did not see that coming. Wow!”

Someone else said: “Oh [bleep]! That was a twist that I didn’t see coming. #Life.”

A fourth put: “Anyone watch #Life on BBC One? Last five minutes there was just incredible!”

“Well I didn’t see that coming,” admitted a fifth.

Anyone watch #Life on BBC1? Last 5 minutes there was just INCREDIBLE!

Are you enjoying the show so far? Leave us a comment on our Facebook page @EntertainmentDailyFix and let us know.