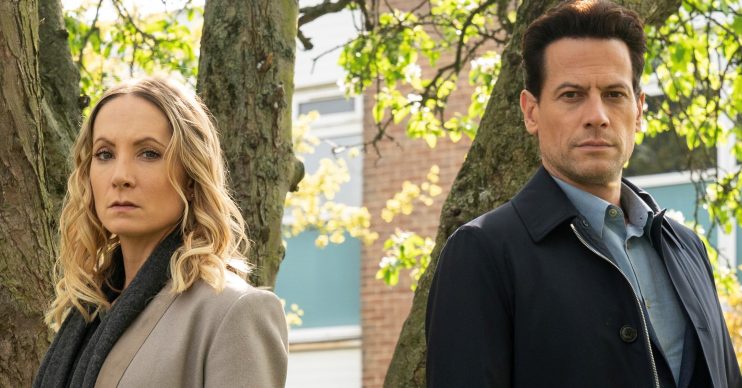 Is monster rapist even dead?

One theory pondered over by hooked viewers puts forward the plot twist that rapist monster Andrew did not die in the last episode of the first series – and has framed Laura Nielson for his murder.

The speculative idea also includes the set up that Andrew – played by Ioan Gruffud – left his car key in Laura’s house to incriminate her in his supposed death.

Monday night’s first episode in the second series saw Laura – played by Joanne Froggatt – charged with murder following a search by police in which the key was turned up.

Read more: Queen ‘told grandson Harry he will always be welcomed back into royal life’

And while police colleagues argued there were more of Andrew’s victims beyond Laura who might be responsible, Renton – who proved a divisive addition to the drama – was still determined not to give her a “free pass for murder”.

I’m guessing that Andrew has framed Laura for his murder?

Broadcaster India Willoughby was among those to offer their views on what will be coming up in future episodes, with some thoughts about how Andrew could possibly still be alive alive after his body was found in the Kent marshes.

“He got his pal the plastic surgeon (whose boat he was hiding on) to make the body look like him. Then planted evidence in Laura’s house.”

Other viewers also felt cosmetic surgery could play a future role and also agreed Laura could end up in the dock due to false evidence.

“I’m guessing that Andrew has framed Laura for his murder?” echoed another viewer on social media.

And someone else wondered: “The son done it then framed Laura heard it here first from detective Oconnell #Liar.”

A few more social media sleuths agreed with that idea – but there were also some viewers who didn’t rule out the possibility Andrew may have ultimately ended his own life purely to exact his revenge on Laura from beyond the grave.

One person put forward: “Unless this is massive misdirection, then I reckon it’s going to turn out that Andrew decided to kill himself but enlisted the help of someone, possibly his son, to make it look like Laura murdered him.”

“My #liar theory is that Andrew killed himself but framed Laura just to spite her because he really was that crazy,” another person explained.

And a third person contributed: “I think Andrew killed him self and framed Laura or her sister did it.  #liar #liarseries2.”