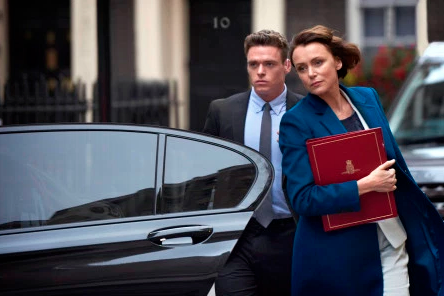 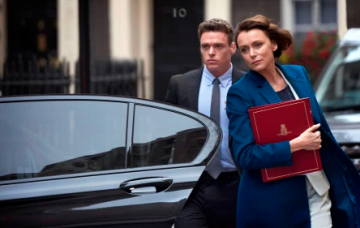 Will Richard Madden be up for joining her?

Bodyguard fever is sweeping the nation… it even got several mentions on Strictly Come Dancing last night.

But come Christmas we could see the real deal tripping the light fantastic.

Keeley Hawes has basically said she’d be up for doing the special, after film critic Peter Bradshaw posted that he wanted to see her and co-star Richard Madden do the tango on the festive ep.

I don’t see why not. https://t.co/UN0vAXvMax

I put money in Pudsey’s bucket to see that @Misskeeleyhawes

Keeley, I think you’re about to make twitter explode! 💃🕺 @_richardmadden

You do know Tweets are legally binding?

Meanwhile, Bodyguard fans will finally be learning the identity of the killer in tonight’s concluding episode.

Audiences have been gripped by the series about controversial Home Secretary Julia Montague, played by Keeley, and her PTSD-suffering protection officer David Budd, played by Richard Madden.

The drama, penned by Line Of Duty creator Jed Mercurio, centres around Afghanistan war veteran Budd and his personal battles, and Montague, whose decision to hand the investigation of recent terror events to the Security Service ruffles feathers.

She was also widely criticised for pushing a new counter-terrorism bill through Parliament, which would give the security services the ability for mass surveillance.

Fans have been waiting eagerly to find out who was behind the bomb that killed her during a high-profile speech in a surprise twist, and have watched as Budd tries to unravel the mystery around her death.

However, in a trailer for the final episode – which will last for an extended 75 minutes – Budd appears to be at the centre of the manhunt himself.

There has also been speculation that Julia may still be alive, fuelled by Mercurio himself. We’ll all know the truth very soon!

Would you love to see Keeley and Richard dance together as Julia and Budd? Leave us a comment on our Facebook page @EntertainmentDailyFix and let us know what you think!