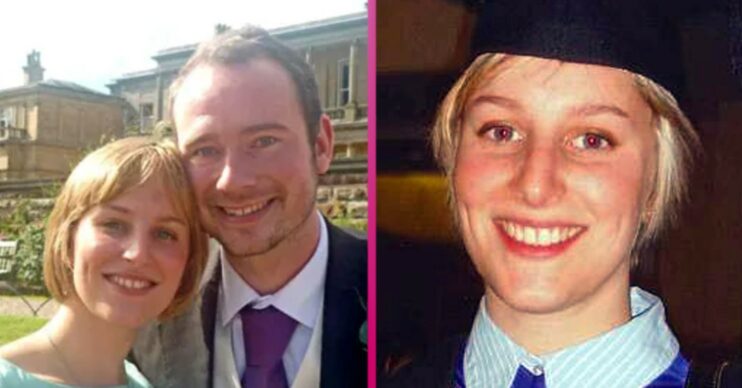 Joanna Yeates’ family – how are her parents and what did the future look like for boyfriend Greg?

Jo's murder is re-examined in C5's Body in the Snow

In 2010, the abduction and murder of Joanna Yeates shocked the nation and left her family devastated.

Nearly 11 years on from the day Vincent Tabak stole her future, a new Channel 5 documentary re-examines the police investigation into her death.

As the true crime documentary retraces the hunt for Joanna’s killer, we look at the family and loved ones she left behind.

Joanna Yeates’ family – what did her parents say at the time?

Joanna Yeates went missing from her Bristol flat on 17 December 2010.

She left her keys, phone and coat behind.

Mr Yeates addressed his daughter directly, saying: “Whatever the reason that you have not been in touch over the last few days, we want you to know that we love you dearly.”

David, now 74, said: “For us, it is with regret that capital punishment is not a possible option for his sentence.

“The best we can hope is that he spends the rest of his life incarcerated, where his life is a living hell.”

He added: “We will never get over our loss, how she was murdered and the total lack of respect with which her body was treated.”

IT worker David and supermarket cashier Teresa, 68, were not in the packed courtroom when the jury returned their verdict.

Teresa said: “I think about Jo a lot. We had a very close relationship, as close as it could be.”

Dad David simply said: “I just want her back.”

Who was Joanna’s boyfriend?

Joanna Yeates’ boyfriend Greg Reardon lived with her in her Bristol flat.

He was left in torment after she was abducted and murdered while he was visiting his newborn twin nieces Alice and Beth.

Greg and 25-year-old Joanna worked at the same firm.

They had moved into the new flat in the city’s smart Clifton district two months before.

At the time, friends said he was devastated.

In December 2011, one year after Joanna’s death, Greg spoke for the first time.

He described his grief at her loss and his anguish as he sat through the trial of her killer, Vincent Tabak.

Speaking in public for the first time since Tabak was jailed for life, Greg Reardon said he believed he and Yeates would have eventually married.

He said of Tabak: “He must have had bottled-up perverse urges that finally exploded in a day of utter inhuman madness.”

Speaking to The Sun, Greg Reardon described Yeates as “instantly likeable and easy-going”.

He added: “She just made everyone feel at ease around her. Jo was very rarely in an unhappy mood, and was very good at shrugging things off and getting on with life.”

Reardon has since returned to the office where he used to work with Yeates and has bought a flat in Bristol.

He has helped raise thousands for the charity Missing People and is supporting its latest campaign, Join the Search.

Reardon, who has lost contact with Jo’s family, said: “Now the trial is over, I’m ready to start afresh and get on with my life.

“I’m not sure specifically what I’ll do to remember Jo in the future, but I’m certainly not going to forget her.”

Joanna Yeates’ family: Did she have brothers or sisters?

Joanna’s elder brother Chris is now 38 and has two children with his partner Alla Ritch.

At the time of her murder, he said it had left a “surreal hole of despair” in his life.

He described his sister as a “personal inspiration”.

Chris added: “All my memories of Jo are positive and I’ve etched these into my mind.”

Body in the Snow on C5

Two-part true crime documentary which re-examines the murder of landscape architect Joanna Yeates and the subsequent hunt for her killer.

The programme explores the police investigation and the events that surrounded it in forensic detail.

It includes powerful testimony from key witnesses, detectives and those at the heart of the case.

This two-part documentary talks to Avon and Somerset police officers, journalists who reported the story and Jefferies himself.

Joanna’s family feature in the documentary as part of historic news footage.

Body in the Snow: Joanna Yeates airs on Wednesday 8 and Thursday, September 9 2021 at 9pm.