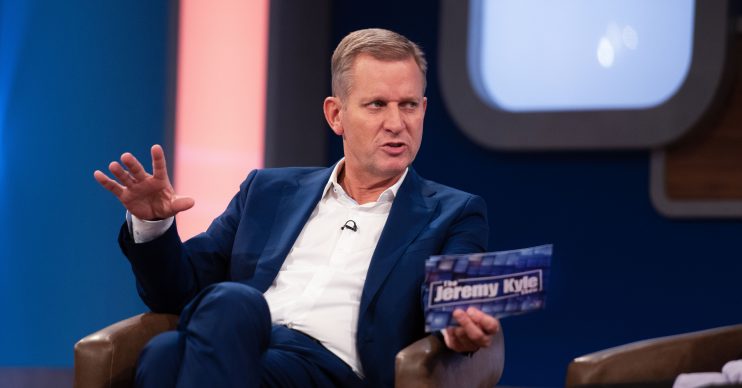 Her episode won't be aired now the show has been axed

A woman who took part in an episode of The Jeremy Kyle Show that never made it to screen has hit out at the production for making her feel guilty, even though the lie detector proved she was innocent.

The guest also said the team “hounded” her to appear on the show, even though she was unsure about being on television, that she was separated from her friends and family, and kept in a dressing room that felt “like a cell”.

Speaking exclusively to ED!, the participant explained: “[Jeremy] was so rude to me. He spoke to me in a different manner than he spoke to [my cousin’s friend].”

Read more: Jeremy Kyle speaks out for the first time since show was axed

The woman, who has asked to remain anonymous, was appearing on the show to eliminate herself from suspicion over some missing money.

The cash had disappeared after a charity collection was made during the funeral of her uncle. The guest was staying with her cousin and her cousin’s friend when the money went missing and agreed to go on Jeremy Kyle to prove she hadn’t taken it.

“We voluntarily agreed to it to give my cousin peace of mind. We all had a laugh about it and we all agreed to do it to eliminate ourselves,” she said.

But after having doubts about being identified on the television, the participant said she was then “hounded” to take part.

“For two weeks they hounded me up until 10.30 at night,” she revealed.

“They were constantly ringing my phone, constantly hounding me until in the end I said I would do it.”

She told how when she first arrived at the studios she was split up from her cousin and friend, despite there being no animosity between them.

“We all went together, it was a voluntary thing, we were eliminating ourselves, there were no accusations,” she said. “We didn’t want to be separated, but the team at ITV separated us.

“There were so many corridors and they spread us out so we wouldn’t have been able to find each other anyway.

“In these dressing rooms there’s no telly, no radio, it was like a cell. There’s no windows, but there is a toilet in there.”

Once on stage, Jeremy quizzed the woman over the night the money went missing.

“I was drunk at the end of the night and apparently I carried this charity box from the car to the house, which I don’t remember,” she explained.

“[Jeremy] said to me: ‘Well if you don’t remember taking the box, how would you remember if you took money?’ I said to him: ‘It’s not in my nature to be a thief, this is my cousin.’

ED! has seen the card proving the guest passed the lie detector test and didn’t take the money.

She also revealed her cousin phoned the show after filming asking for it to be edited because she felt bad at how the woman had been spoken to. “That’s not why we went on,” she said, before adding: “they don’t look after you at all.

“I’m absolutely over the moon it’s been taken off air, I refused to watch the show after appearing anyway because of the rudeness of him.

“I don’t regret doing it because I proved my innocence, but it wasn’t what I expected and I wouldn’t do it again.”

ITV announced it had axed Jeremy’s show on Wednesday (15 May) following the news that guest Steve Dymond had taken his own life after failing a lie detector test.

ED! contacted ITV for comment and they referred us to the statement released on Wednesday in which Carolyn McCall, ITV’s CEO, said: “Given the gravity of recent events we have decided to end production of The Jeremy Kyle Show.

Prior to being axed, the show released a lengthy statement on aftercare.

Do you think ITV were right to axe the show? Leave us a comment on our Facebook page @EntertainmentDailyFix and let us know what you think.