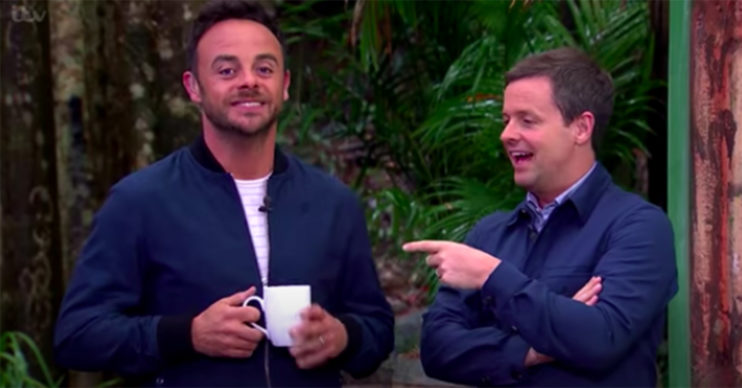 I’m A Celebrity… Get Me Out Of Here! could face the axe this year thanks to COVID-19

The ITV show has moved to Wales

I’m A Celebrity could face the axe this year due to COVID-19.

ITV bosses are reportedly worried that new government lockdown restrictions, due to the ongoing COVID-19 pandemic, could lead to a cancellation of the 2020 series of the show.

A source told The Sunday People newspaper: “It has been a huge concern to the casting team as well as producers.

“The possibility of postponing the series and rescheduling to early next year was given due consideration.

“But rescheduling isn’t a viable option as the casting involves set dates in contracts for talent.

“A contingency plan is being put into place but it’s unlikely they will be able to postpone to 2021.

“In the worst-case scenario this year’s series will have to be cancelled.”

The show – presented by Ant McPartlin and Declan Donnelly – has already been forced to change location from the Australian jungle to Gwrych Castle in Wales.

However, filming is under threat in Wales due to restrictions in Conwy – where Gwrych Castle is located – which state that residents will no longer be able to “form extended households” – banning the meeting of any people who don’t live together.

Additionally “people will not be allowed to enter or leave the Conwy County Borough area without a reasonable excuse”.

An ITV spokesman previously told The Sun Online: “I’m A Celebrity continues to adhere to all relevant guidelines as well as our own strict Covid protocols.”

Yesterday ITV finally released a trailer for the new series of I’m A Celebrity.

In it, it seems that neither Ant or Dec are aware of the show’s change of location.

“Ah it’s great to be back Down Under.” says Ant as he steps out of a black cab and becomes immediately acquainted with the countryside. “I would hate to see the kangaroo who left that.

“Wow that was quick.” says Dec as he pulls off an eye mask. “I must have slept through the whole flight.”

“Don’t spend it all at once” says Ant as he pays the cabbie – in ‘dingo dollars’.

Dec consults an I’m A Celebrity map of Australia. “This place looks nothing like my map,” he says.

Ah it’s great to be back Down Under.

“How many more times. Australia is upside down” says Ant exasperated as he turns the map the wrong way up.

“Of course, it is. I’m such an idiot. Isn’t that right Mr Kangaroo” says Dec – as the show hosts walk past a signpost towards ‘The Castle’ and the camera pans across the beautiful Welsh countryside.

The promo was filmed on location in Llandovery, Carmarthenshire, Wales.

I’m A Celeb is due to begin next month.