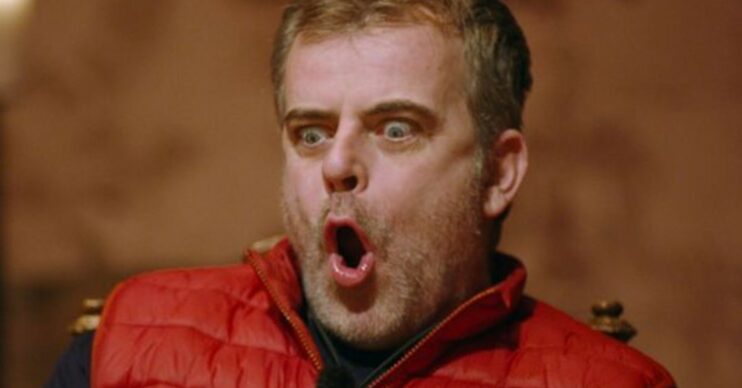 The Corrie actor had viewers reaching for their phones to tweet

The Coronation Street actor ended up just missing out on the crown, coming in second place on the ITV series.

Despite not being crowned King of the Jungle, Simon still managed to thoroughly entertain fans during his last challenge.

The ITV star was forced to chomp down on some shocking delicacies.

These included a sheep’s penis and a first for the show… a cow’s vagina.

Simon’s reaction to the delicacy left viewers in bits after Ant and Dec asked him for his thoughts.

The pair said: “What did you think of the cow’s vagina, Simon?”

The actor then replied: “Not the best I’ve had…”

I’m A Celeb viewers in fits over Simon Gregson

“HELP – we could have got so much more funny lines if they gave Simon more screen time #ImACeleb,” said one viewer.

A second tweeted: “Deserves to win for that alone what a guy! #ImACeleb”.

HELP- we could have got so much more funny lines if they gave simon more screen time 😂 #ImACeleb pic.twitter.com/ulSShyLsYB

“Love Simon he is hilarious,” laughed a third.

“The cow’s vagina wasn’t the best I’ve had” Simon should win for this line alone #ImACeleb,” added another viewer.

Meanwhile, despite his best efforts, the cow’s vagina wasn’t enough to get Simon crowned the winner.

The 2021 winner was finally announced with Frankie Bridge finishing in third place, which left Danny and Simon Gregson in the top two.

Danny was then crowned the winner, telling viewers:  “I can’t believe it. I am speechless for once.”

Frankie then gave Danny his crown as he sat on the throne.

The star then added: “Thank you so much, this is the best thing that’s ever happened to me bar my son.”