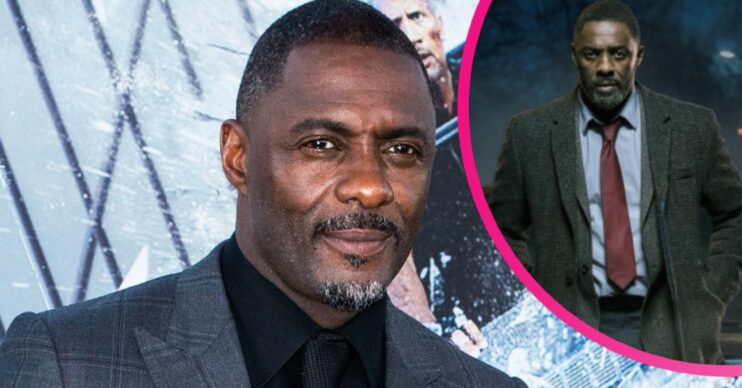 Detective John Luther is back!

Idris Elba has delighted fans as he revealed that he is filming the upcoming Luther film.

The 49-year-old is set to reprise his role as popular detective, DCI John Luther, in a new film made by Netflix.

Taking to social media yesterday (November 10), Idris made the exciting announcement that filming is officially underway.

He accompanied the photo with a shot of a clapperboard with the date October 27.

The clapperboard also read: “Take one.”

Alongside the photos, Idris added: “Oi… I’m back!”

Fans rushed to comment on the update, with one saying: “Loved Luther from the first series onwards… Dark, brooding and original, Idris Elba is BRILLIANT throughout!”

A second added: “Get in! #Luther coming back is legit the best news this week.”

In addition, a third wrote: “Yessss!!!! Time for a rewatch!”

A fourth simply stated: “GET IN!”

A fifth commented: “Idris you are one of the best actors of your generation. Luther easily one the most appealing characters on TV. Keep going mate!”

Meanwhile, others demanded for Ruth Wilson to make an appearance in the upcoming film.

The actress has played Alice Morgan on the BBC series since season one.

But after seemingly falling to her death at the end of season five, some fans are convinced the character could be back.

Taking to the comments, one said: “If my sister Ruth Wilson Aint in it, keep it!!!”

Another agreed: “If this is true, amazing. Luther and Alice chemistry unreal, combined with the dark personal story lines, made this the best series ever on TV.”

A third wrote: “I feel they will find a way to bring her into next season she’s just too good.”

What is the Luther film about?

Idris is also an executive producer on the long-awaited cinematic adaptation.

It is believed the action in the Luther flick will follow on directly from storylines in the fifth series of the BBC drama.

According to The Hollywood Reporter, the film will see the troubled detective take on two villains.

Meanwhile, Idris previously opened up about the movie while attending the BAFTA TV Awards in July last year.

He told reporters: “I’ve maintained that I’d like to see [Luther] come to a film. That’s what I think we’re headed towards, is a film. I’m looking forward to making that happen. It is happening!