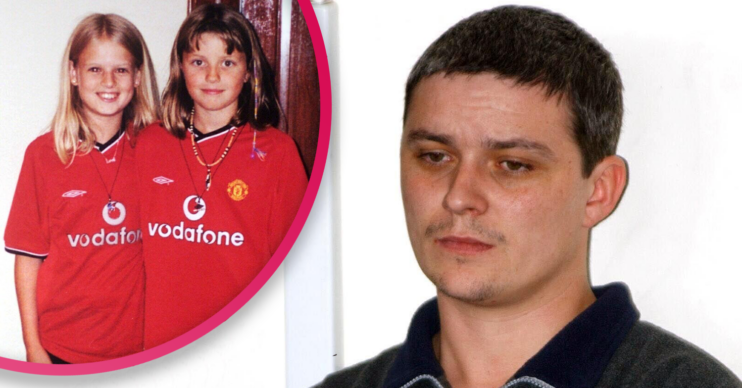 Soham murders: When was Ian Huntley caught? What has happened to him in jail?

He killed Holly and Jessica in 2002

Ian Huntley is the subject of the second part of Channel 5’s harrowing documentary Soham: The Murder of Holly & Jessica tonight (March 10).

The tragic and senseless Soham murders took place in August 2002, when the best friends left a family barbecue to head a local sports centre to use the vending machine to buy sweets.

So what happened to Huntley? How long will he serve in prison? And what has happened to him while he’s been serving his time?

Suicide attempts, attacks – both on him and by him – and an altercation with the Yorkshire Ripper explained.

Ian Huntley was a caretaker at Soham Village College in Cambridgeshire, East Anglia.

After the bodies of Holly and Jessica, who were just 10 years old, were found near an RAF base on August 17, 2002, Huntley was arrested.

In 2003, he was convicted of the girls’ murder and sentenced to two terms of life imprisonment.

Who was Ian Huntley’s girlfriend?

At the time of the murders, Huntley was dating Maxine Carr.

She was the girls’ teaching assistant at St Andrew’s Primary School.

On that fateful summers day, Sunday August 4 2002, Huntley lured Holly and Jessica to his house, stating that Maxine was also present.

This turned out to be a lie.

However, Carr was involved in the case.

She gave her lover a false alibi and was eventually sentenced to three and a half years in prison for perverting the course of justice.

However, she has since been released and has now been given a new identity.

What did Ian Huntley do to Holly and Jessica?

Huntley claimed that Holly had suffered a nosebleed and he had offered to help staunch the blood loss.

He later admitted to murdering Holly, before killing Jessica as she tried to phone her mum for help.

At his initial trial at the Old Bailey in 2003, Huntley said he smothered Jessica by mistake as he tried to stop her crying after Holly died.

However, his story soon changed.

Forensics showed that Huntley killed the girls by asphyxiation.

The coroner was unable to determine the precise cause of death of either child.

In 2018, leaked recordings from his prison cell were released to the press.

In them, he admitted that he “betrayed” the people of Soham “in the worst possible way”.

He also said he was “sorry” for what he did and the pain he caused.

Huntley added: “I am genuinely, genuinely sorry and it breaks my heart when it is reported I have no remorse, that I relish something. I do not.”

He then said that he knows he is “never getting out” of prison.

Huntley said in the tapes: “I have accepted that from day one.”

When was Ian Huntley caught?

On August 20 2002, Huntley was charged with two counts of murder.

He was later sentenced to two terms of life imprisonment, with a minimum of 40 years behind bars.

Read more: Who is black cab rapist John Worboys? Where is he now?

Carr, meanwhile, was charged with two counts of assisting an offender and jailed for three and  half years, after which she was released with a new identity.

Why is Ian Huntley in jail?

He is in jail for the 2002 murders of 10-year-old best friends Holly Wells and Jessica Chapman.

Is Ian Huntley in Rampton?

After he was arrested and charged, Ian Huntley was detained under Section 48 of the Mental Health Act for almost two months at Rampton Secure Hospital.

However, on October 8 2002, a consultant forensic psychiatrist declared that he was fit to stand trial.

He was subsequently transferred to a segregation unit at Woodhill Prison in Milton Keynes, Buckinghamshire.

He swallowed 29 antidepressants which he had stored in his prison cell.

Ian survived the suicide attempt – despite being in a coma – and was later transferred to London’s Belmarsh Prison.

He was later transferred to HMP Wakefield before being moved again to HMP Frankland, in County Durham, in 2008.

The double murderer is not eligible for parole until 2042 – he will then be 68 years old.

What has happened to Ian Huntley while he’s been in jail?

Huntley has had a string of health problems and has attempted suicide on more than one occasion since his incarceration.

He is also at risk of attack from other prisoners – and has been embroiled in altercations himself.

In 2005, while serving HMP Wakefield, Huntley was scalded with boiling water.

The attack was launched on Huntley by convicted spree killer Mark Hobson.

Slashed in the neck

In 2010, two years after being transferred to HMP Frankland, the convicted child killer was attacked again.

This time Huntley had his neck slashed by convicted armed robber Damien Fowkes.

Fowkes used a homemade weapon – thought to be a razor blade hidden inside a toothbrush – to attack Huntley.

The court was told the attack caused a “severe gaping cut to the left side of his neck”.

Huntley was in hospital for three days and needed 21 stitches.

Fowkes, meanwhile, was given another life sentence.

He also strangled child killer Colin Hatch with strips of bedding the month before his attack on Huntley.

When he was told that he hadn’t killed Huntley, it’s said Fowkes declared: “I wish I had.”

Chilling run-in with the Yorkshire Ripper

In 2017, The Mirror broke the news that Yorkshire Ripper Peter Sutcliffe had a chilling jail run-in with Huntley.

Sutcliffe is said to have called Huntley a “child killing [bleep]” in a face-to-face flare-up at their Category A jail.

The bust-up was revealed by Sutcliffe’s brother Carl, who said: “Peter thinks he’s a higher class of killer than Huntley, but a ­murderer is a murderer in my eyes.”

He added that the pair had not become friends and insisted: “He doesn’t like Huntley at all.

“Peter’s always been good with kids and he must think killing two children is worse than 13 women.”

Attack on a guard

November 2019 saw Huntley reportedly locked up in solitary confinement, according to The Sun.

The punishment was handed out after he swore at an official and kicked a guard.

He was stripped of privileges, including his £20-a-week painting job, with a jail source branding the kick “pathetic”.

Huntley breached prison rules with his language, which resulted in him being hauled in front of governors.

He’s almost unrecognisable now from what the public would remember. He looks like a skinny old man with no fight left in him.

However, he “flipped” seconds after the hearing was adjourned.

As he was being taken away, he kicked out at a male officer.

The source added: “He’s almost unrecognisable now from what the public would remember. He looks like a skinny old man with no fight left in him.”

It’s said he was led to segregation “sobbing”.

After his first suicide attempt left him in a coma, it wasn’t long before Huntley tried to take his own life again.

In 2006, he was found unconscious in his jail cell and taken to hospital to have his stomach pumped.

A year later, in 2007, he was rushed to hospital after a third attempt to take his own life.

A prison source said: “He was discovered in his cell and it was obvious that he had done himself harm.

“He appeared to be having a fit and was rushed to hospital where they launched a desperate bid to keep him alive.”

It’s thought he took a large quantity of prescription drugs he got by bribing other prisoners.

Why did Huntley sue the prison service?

He took the prison service to court in 2010 to try and claim £100,000 compensation after the attack which saw him slashed in the neck.

He cited a failure in its duty of care towards him as a result of the attack.

Huntley was reportedly given legal aid to pursue the claim.

However, Jack Straw, who was justice secretary at the time, said the government had “absolutely no intention” of paying the child killer.

Episode 2 of Soham: The Murder of Holly & Jessica airs tonight (March 10) on Channel 5 at 9pm.