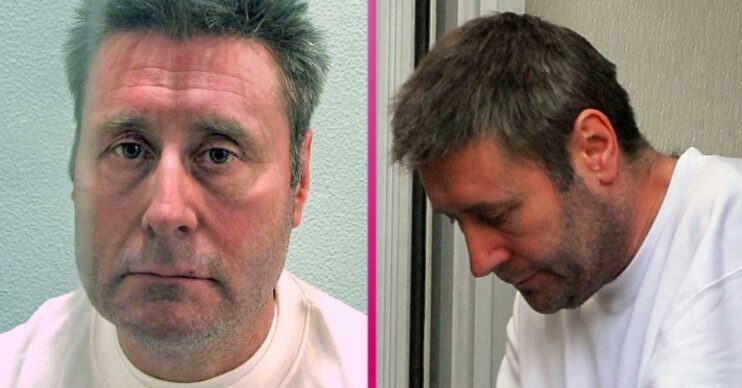 Who is Black Cab rapist John Worboys? How many did he rape and where is he now?

John Worboys was a taxi driver who became known as the Black Cab Rapist after being found guilty of serial rape.

But how was he caught, and where is he now?

How many women did he attack, and was Carrie Symonds one of his victims?

Here’s everything you need to know about the serial sex offender John Worboys.

Read more: Susanna Reid on the ‘massive responsibility’ she felt to reassure victims of John Worboys

Black Cab rapist John Worboys: Who is he?

Born in Enfield, Middlesex, he left school with few qualifications.

He worked as a milkman, junior dairy manager and security guard before eventually becoming a cab driver.

From 1987 to 2000, he also worked as a stripper, and appeared in a pornographic film, using “Terry the Minder” as a pseudonym.

He lived alone in Rotherhithe, South London, until his marriage to Kate Santos in 1991.

John also owned a flat in Poole, Dorset, which he hired out for pornographic films.

John Worboys worked as a taxi driver in Bournemouth while living at his holiday flat in Poole.

What did John Worboys do?

John Worboys is known to have drugged, raped and sexually assaulted dozens of victims in the back of his black cab.

His campaign of terror against women led to his sinister nickname the Black Cab Rapist.

He is thought to have attacked more than 100 victims.

The taxi driver picked up women as fares late at night in central London.

He would tell the women he was celebrating winning some money and then ask them to have a glass of Champagne with him.

Unbeknownst to his victims, John had drugged the drink with sedatives.

John raped or sexually assaulted his victims after the drugs had taken effect.

Was Carrie Symonds one of John Worboys’ victims?

Carrie Symonds was one of the 14 women who testified against John Worboys at his trial.

Then a first year student at Warwick University, she had been waiting at a bus stop after a night out in Fulham when he pulled up on the King’s Road.

Carrie only had £5 on her when he pulled up, but he appeared to take pity on her and offered to accept that as payment because he lived in the same direction as her.

She was then subjected to the well practised routine of being plied with alcohol.

Carrie sensed danger and poured the Champagne on the floor of his cab without having a sip.

John propositioned Carrie to perform a sex act on him, before joining her in the back of the cab where he pressured her to down a shot of vodka.

Speaking to The Telegraph in March 2009, Carrie Symonds said: “I felt indebted to him because he had given me a cheap lift home.

“But when I got the glass I secretly poured it on to the floor as I was worried it might be spiked.”

After being offered the vodka, Symonds said: “I downed it, which was stupid, as I just wanted to get home.

“From that point on I can’t really remember what happened.

“He seemed to be this sad man who had no one to celebrate with him.

“I pitied him, I didn’t feel frightened – I just thought he was weird.”

Carrie was left with no memory of the rest of her journey home.

She was 20 when the case went to trial, and said it was “absolutely terrifying” when she learnt about the number of victims he had gone after.

Black Cab rapist John Worboys: How was he caught?

From 2002 to his arrest, 14 women between 18 and 34 years of age reported a serious sexual assault in a black cab to the police.

The police failed to link them.

However, after several allegations of assault in 2007 and 2008, the police finally became convinced they were dealing with a serial rapist.

They made a public appeal and a member of staff at a sexual assault referral unit linked the attacks to John Worboys.

Her had previously been arrested for the sexual assault of a 19-year-old student in July 2007.

Police had questioned him at Plumstead station, but released him on bail after believing his protests that she had been drunk and kissed him as she left his cab, which was confirmed by CCTV footage.

Police officers finally arrested John Worboys at his house in Rotherhithe in 2008.

Police found a “rape kit” in the boot of John Worboys’ Fiat Punto.

He also kept an ashtray to crush the drugs into the drinks of his potential victims.

John Worboys’ DNA was recovered from a semen stain in one woman’s underwear.

A wristband belonging to another woman was found in his house.

A third victim’s address was found in his notebook.

Black Cab rapist John Worboys: How long did he get sentenced?

During the trial, John Worboys pleaded not guilty to all 23 counts brought against him.

He insisted the sex was consensual.

Nevertheless, a jury found him guilty as a result of glaring evidence – including witness testimony from 14 victims.

The judge convicted him at Croydon Crown Court on March 13 2009 for attacks on 12 women – one count of rape, five sexual assaults, one attempted assault and 12 drugging charges.

However, police believe he may have had more than 100 victims.

Where is John Worboys now?

He received an indeterminate sentence of imprisonment for public protection with the minimum custodial term set at eight years.

Mr Justice Penry-Davey said he should not be released until the Parole Board decided he no longer presented a threat to women.

He is currently still in jail, and goes by the name of John Radford.

In December 2019, John Worboys was jailed for life with a minimum term of six years at the Old Bailey.

This came after he admitted spiking the drinks of four women.

He also lost a Court of Appeal challenge against his sentence in February 2021, meaning he will not be up for release again until 2025.

On January 4 2018, the BBC reported that John Worboys was to be released from prison.

The Parole Board had decided to approve his release with “stringent” licence conditions after a hearing about his case in November 2017.

He would have to report to probation staff every week and was barred from contacting any of his victims.

John Worboys’ period on licence would last for at least 10 years and he could be sent back to jail if he breached any licence conditions.

However, a successful legal challenge quashed the decision to release Worboys.

In November 2018, it was announced he would remain in prison.

Will John Worboys ever be released?

Harriet Wistrich, Solicitor and Director Centre for Women’s Justice, says the earliest the convicted sex offender can apply for parole is 2025.

She explains: “2025 is the date he can apply for parole. It is then a matter for the parole board to assess whether he remains a risk.

“I know the women I represented and others who were his victims consider he is a very dangerous man and I am not sure anything would convince them that he no longer poses a risk to women.

“The extent of his offending and his ability to manipulate others combine to suggest that he will remain a risk to women moving forward.

“As he has been given a life sentence, if he is ever released he will be subject to license conditions and can potentially be recalled to prison at any time if risk factors were to increase following release.”

John married Kate Santos in 1991, but they separated after four years amid claims he had spied on his wife’s teeange daughters.

She also claims he sexually assaulted her daughter.

Kate Santos claims he confessed to following home and assaulting another woman.

He was in a new relationship at the time of his arrest in 2008.

Girlfriend Kathy Martin attended every day of his trial.

Kathy eventually dumped the taxi driver after she became “100 per cent” certain that he was guilty of the assaults.