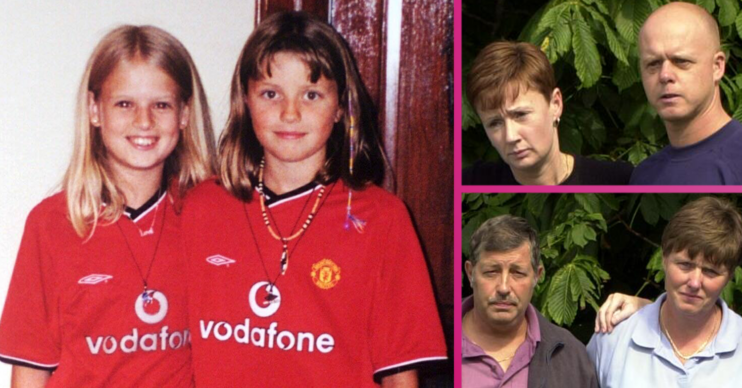 Where are Holly and Jessica’s parents now? What have they said about the Soham Murders?

It's been almost 20 years since Ian Huntley killed the girls

The parents of Holly Wells and Jessica Chapman have long been commended for their dignity and grace during what can only be described as unimaginable heartbreak.

Their daughters – best friends who were just 10 years old – were murdered by Ian Huntley after he lured them back to his house in August 2002.

Two decades on, where are their parents now, and how have they moved on from the awful tragedy?

What happened to Holly Wells’ parents?

Nicola and Kevin Wells are the parents of Holly, who was murdered along with her best friend on August 4 2002.

The girls had been at a Wells family barbecue before sneaking out to buy sweets.

Huntley saw the girls and lured them back to his house on the pretence that their teaching assistant – Maxine Carr, his girlfriend – was also at the house.

She wasn’t and Huntley has since admitted murdering the girls.

He is currently in prison.

Nicola and Kevin have spoken often about their loss and how they tried to move on with their lives for the sake of Holly’s brother Oliver.

He was just six years old at the time of his sister’s murder.

The Wells family still live in Soham, the village where Holly was killed.

They briefly moved out of the family home where she spent her last day, though.

In 2015 it was reported that Nicola and Kevin had moved back into the home that held so many precious memories of their beloved daughter.

Holly would’ve been an auntie

When it was revealed that they had moved back into the family home, Nicola and Kevin also shared the news that they had become grandparents.

Their son Oliver and his partner Lydia Chambers had welcomed a baby called Ethan and were expecting their second child later that summer.

Holly would’ve been an auntie to her brother’s children.

Speaking previously to the Radio Times, Oliver admitted that he thinks about his sister often.

“I wish I could see her now, see what she’d have looked like,” he said.

“We do chat about her quite regularly, which I think is a very nice thing. It’s strange being three of us, when there used to be a fourth.”

How have Nicola and Kevin coped following Holly’s death?

The murder took its toll on their marriage for a while, the pair have admitted.

Kevin previously told an ITV documentary that the stress almost led to the break-up of their marriage.

He revealed: “She was lost in a kind of wilderness whereas I was more hard-line about my emotions.

“For the first five months after Holly died we broke down together, but after that we processed our grief at different speeds.

“It was one, almost two years before we found each other again, but grief gives you a different sense of the passage of time and it slipped by unnoticed.”

He also told Good Morning Britain in 2015: “We still think of Holly every day.

“We have her pictures in and around the house, but it’s not a shrine – we don’t live in the past.”

Kevin, who runs his own window cleaning business, is also the founding patron of the charity Grief Encounter.

He said it helped the family with their loss. And he’s even walked the Great Wall of China to raise funds for it.

We will never forget Holly but life does move on – it has to.

At the time, he said: “After losing Holly we both witnessed and experienced the effects that bereavement and the grieving process can have on your life.

“We will never forget Holly but life does move on – it has to. And the intensity of your grief does diminish as the years pass.”

He added: “Grief Encounter helped us learn how to manage our grief and that is why I will never stop supporting this charity.”

He also ran the London Marathon for the charity in 2012.

Who are Jessica’s parents?

The family had just arrived home from a sunshine holiday before Jessica rushed round to see her friend at the barbecue at her house.

As well as Jessica, the Chapmans are also parents to daughters Rebecca and Alison.

They were 17 and 14 at the time of their sister’s murder.

Sharon worked at St Andrew’s primary school in Soham. This is also where Maxine Carr worked in Holly and Jessica’s class.

It was a job she returned to in the years following her daughter’s murder.

Leslie, meanwhile, was due to start work at a new engineering job on Monday August 5 – the day after his daughter and her friend went missing.

What have Jessica’s parents said about her death?

Sharon and Leslie have kept their grief largely private.

However, they did break their silence on the first anniversary of the Police National Database launch.

It was introduced to close gaps in information-sharing between police forces.

In a statement, the Chapmans said: “We hope [the database’s] use will mean other families don’t suffer the same loss and heartbreak as we did.”

Episode 2 of Soham: The Murder of Holly & Jessica airs tonight (March 10) on Channel 5 at 9pm.