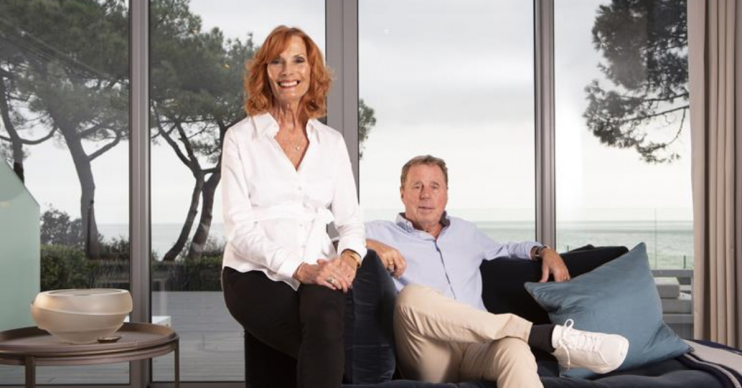 The first episode of Harry Redknapp’s Sandbanks Summer gave us a glimpse into his amazing house, tender and loving marriage, family life, and his legion of famous friends, including longtime buddy and fellow football legend, Neil “Razor” Ruddock. 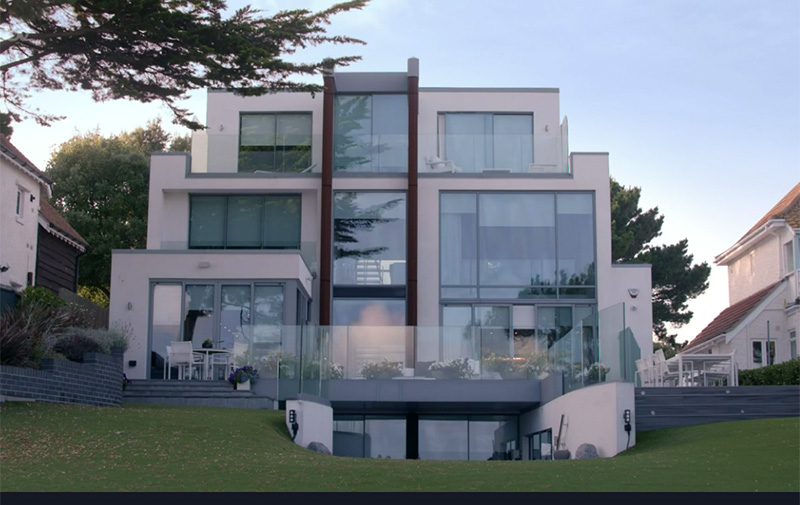 Redknapp was a fan favourite when he won 2018’s I’m a Celebrity Get me Out of Here, so it was inevitable some kind of reality show would spin-off from his popularity and gregarious but down to earth personality.

“[Sandbanks] is the fanciest address in the UK,” Harry explained at the beginning of the episode. “Home to billionaires, businessmen, movers and shakers….and me.”

“I never take things for granted,” he admitted. It’s a peaceful place and we lead a very quiet life.”

Well, it was quiet until Razor rolled up with his comedian and actor pal,  Joe Pasquale, to get a guided tour from Harry, as he’s considering moving to Sandbanks. 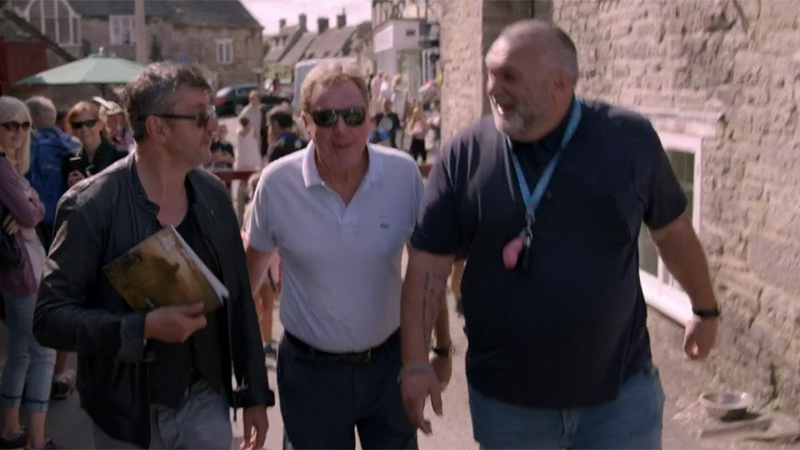 It turned out though that a house in the area might be a little over Razor’s budget, with property prices running even higher than Manhattan, New York.

So instead Harry took Razor and Joe to view a stunning penthouse apartment, with breathtaking views of the crystal blue sea. 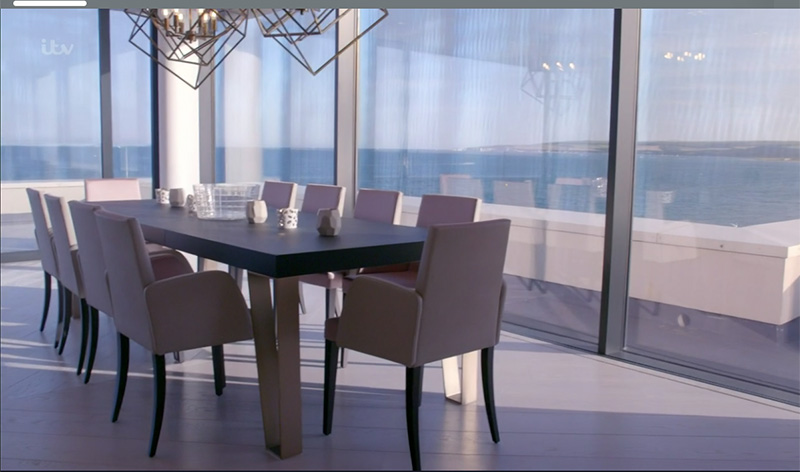 Razor’s intention to buy a property in Sandbanks, despite his well-documented financial struggles, didn’t go unnoticed by viewers.

#RazorRudduck could no more afford a property in Sandbanks than I can, last time I saw him on TV it was on #cantpaywelltakeitaway lol!! #HarryRedknappsSandbanks

Wasn’t Razor Ruddock on Can’t Pay We’ll Take It Away a while back with his wife shouting and screaming ? #HarryRedknappsSandbanks

Harry Redknapp is a Gem 💎 #HarryRedknappsSandbanks

The palatial pad came with a whopping price tag of £5 million, and even Joe’s best attempts at haggling resulted in the estate agent estimating a possible “£50 – £100 thousand” price drop, at the most.

So, house hunting over for the day, the three amigos headed off to check out the historic and spectacular Corfe Castle instead, which as Harry explained, “was built by William the Conquerer over 1,000 years ago, before being destroyed by Oliver Cromwell”. 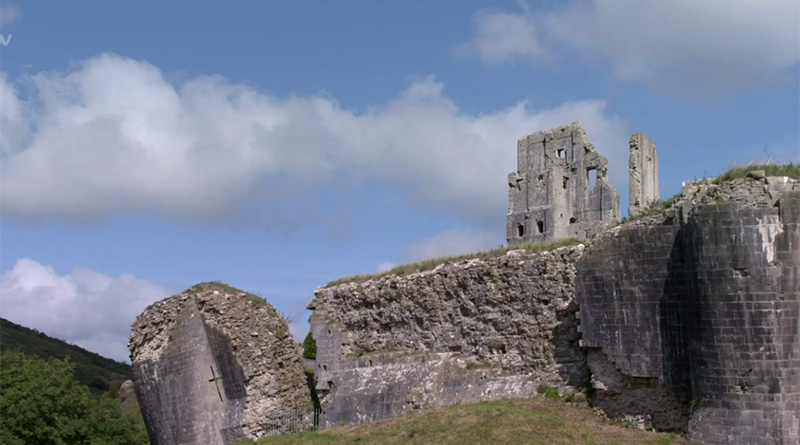 That conversation resulted in Razor admitting he didn’t know that Richard III was an actual, real, historical figure: “I thought it was just Cockney rhyming slang, for, you know….”, he said.

The unlikely historical boffins decided next to stop off at a local medieval fair.

“I fancy myself as a bit of a Robin Hood,” Harry announced as the trio tried their hand at archery. “Luckily I’ve got Friar Tuck and Little John with me today.” 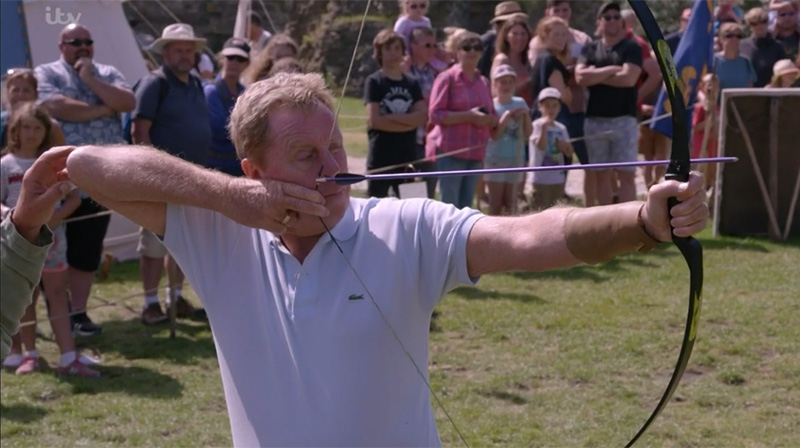 Both Joe and Razor’s attempts at shooting a bow and arrow were seriously off the mark, although Joe did manage to hit a leg.

Harry, however, was a veritable pro, hitting his painted deer target “right in the hooter”.

Archery over, it was time for a little medieval sword fighting, complete with full plated armour—well for Joe and Harry anyway, as poor Razor couldn’t fit into any of the suits. “They didn’t do XL sizes back then,” Harry quipped.

It didn’t take Harry long to realise fighting back in those days was a tad more difficult than archery, as he struggled to answer his mobile phone in his armour and had to get help even to blow his nose. 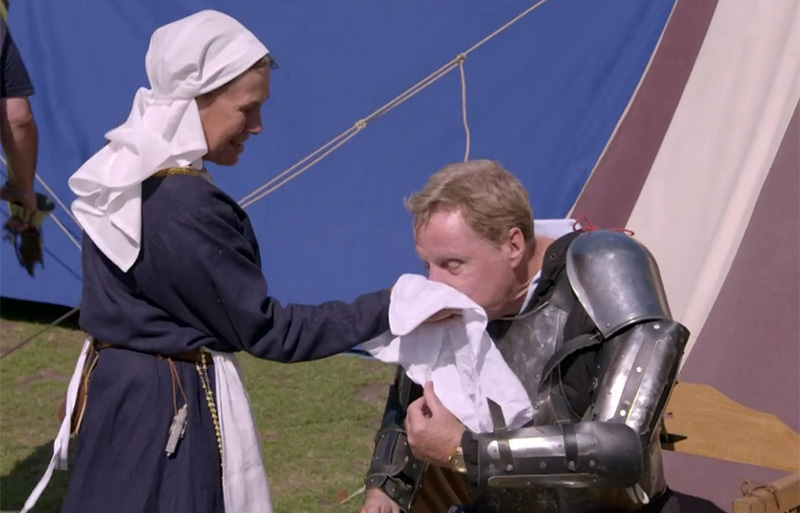 Harry and Joe gave it their best shot, but the “sword fight” soon turned into more of a medieval jig than a battle, after Joe admitted, “I’m done up like a kipper and sweating my knackers off here,” and accused Harry of going for “the winkle shot”. 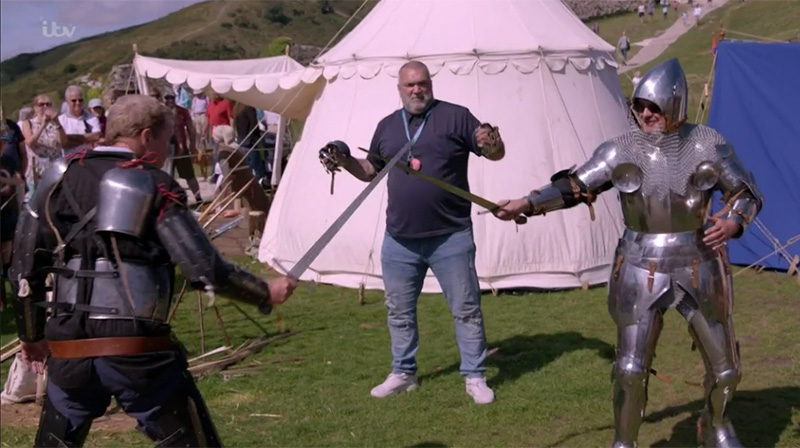 History lesson over for the day, it was time for a little beachside R & R, with both Joe and Razor stripping down to their pants for a dip in the sea, and Razor accidentally flashed his bum to the world after a strong wave pulled his undies down. 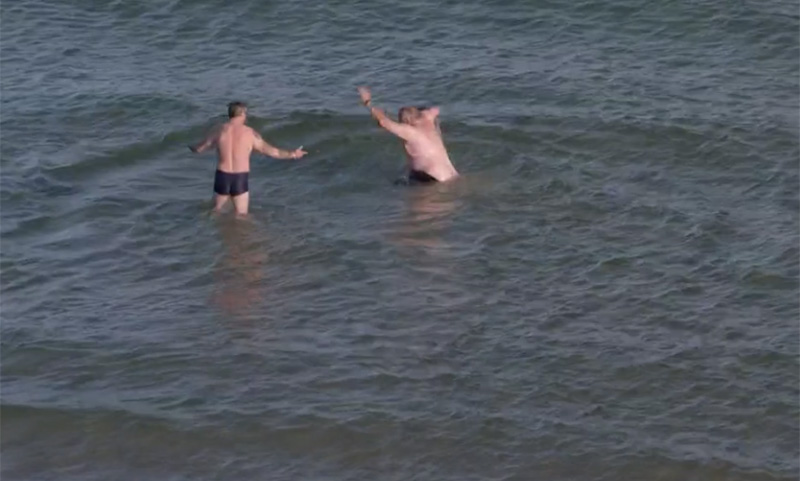 Once dried off, they visited the annual Bournemouth airshow, where Joe managed to finagle a trip up into the skies with, to Harry’s horror, him at the wheel.

Harry’s face may have turned a teeny shade of green during the bumpy ride in the decades-old airforce bomber, but he did appreciate the absolutely dazzling aerial views, although he did admit, “I’d rather be down there on the ground looking up.” 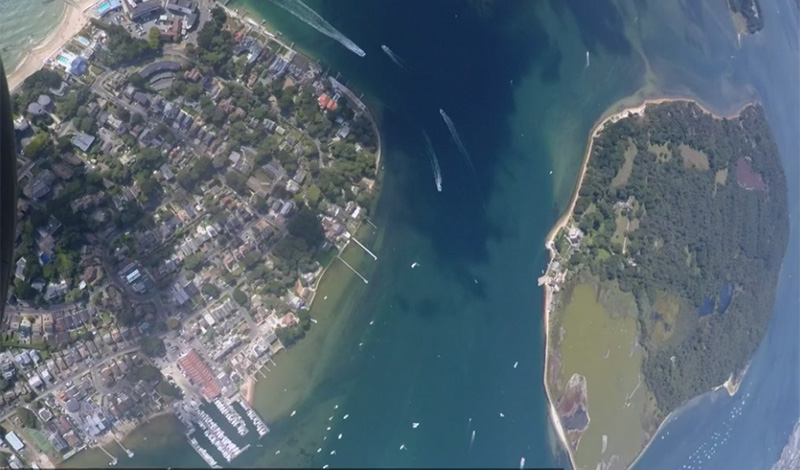 Harry also managed to call his wife, Sandra, to tell her to look out for them as they flew over the house and give them all a wave. 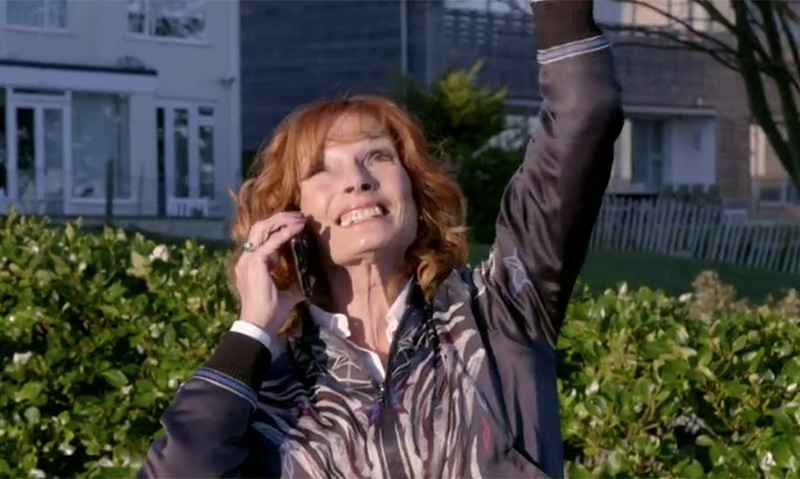 Harry and Sandra’s relationship was, without doubt, the most endearing part of the show, as he explained that they first met when they were both teenagers and that they’ve been happily married for 25 years.

“Harry always surprises me every day,” Sandra shared. “Just the little things he does and says. I can’t imagine life without him.”

It turned out that Harry had yet another surprise up his sleeve for his beloved wife.

Heading out to the beach for some champagne with Sandra, his daughter-in-law Lucy, Razor, and Joe, Harry had managed to arrange for one of the planes to go overhead and create a huge love heart in its trail. Awwww! 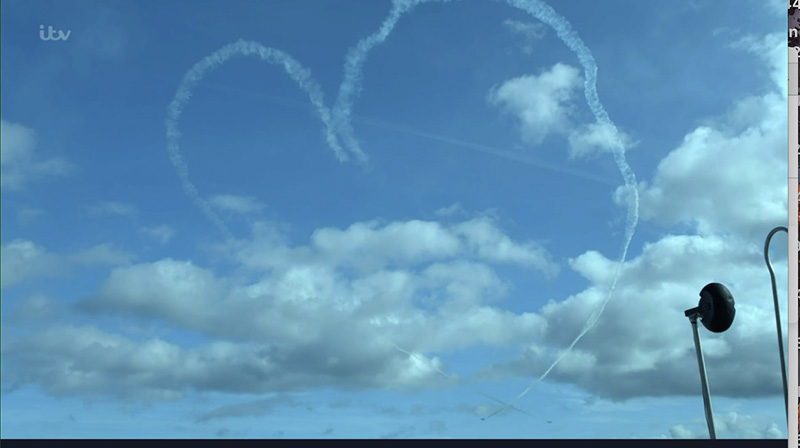 After all the excitement of the day was over, it was back to the quiet life again for Harry and Sandra, as they headed back home for “a nice cup of tea and some cake”.

But, there was just one more thing Harry had to do before he got to finally put his feet up for the night—head into the garden and pick up all the poop from the couple’s two adorable bulldogs.

Given how adored Harry was after I’m A Celeb, it was no big surprise this show was a big hit with most viewers…

I was in a dark place in my mind today, then @Redknapp reminded me of all the reasons I love living in Dorset. Thanks Harry, I needed that #HarryRedknappsSandbanks

Harry Redknapp is a Gem 💎 #HarryRedknappsSandbanks

Loved it! 👍🏼
Much needed light entertainment😂&Love a good friendship with good laughs!😍
Not sure if I’d get in a plane with Joe😂🤷‍♀️🙈#ItsGoodToLaugh #HarryRedknappsSandbanks

They especially loved his relationship with wife Sandra or San as he sometimes affectionately calls her.

I wanna be loved like Harry Redknapp loves his Sandra 🥺

Harry redknapp and his wife Sandra melt my heart 💓 the love is real!

What did you think of the first episode of Harry Redknapp’s Sandbanks Summer? Leave us a comment on our Facebook page @EntertainmentDailyFix and let us know your thoughts.