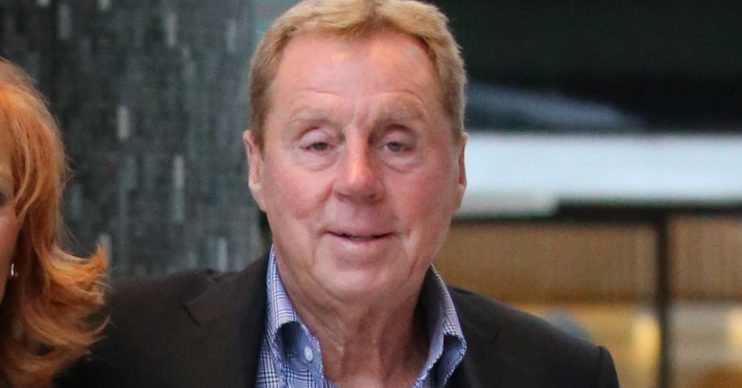 Former I’m A Celebrity winner Harry Redknapp has shared a sweet family photo with son Jamie and his wife Sandra.

The family got together to celebrate Christmas including Harry’s grandchildren, Emilie, Harry Jr, Bobbie and Molly.

In the photo, Harry is seen with his arms around Jamie and Molly as Sandra wrapped her arm around her son.

Fans loved the family snap with one person commenting: “What a lovely family.”

You all look absolutely fabulous as always.

Another gushed: “Lovely family photo,” while a third added: “You all look absolutely fabulous as always.”

He joked: “Too much Christmas pudding Sandra?!!”

Too much Christmas pudding Sandra?!!🤣❤️

In the video, Harry said: “Sandra’s had too much Christmas pudding,” as the pair laughed.

Meanwhile, Harry’s son Jamie shared a photo of himself with his two boys watching a match of football on Boxing Day.

He shared a photo of him with his arms around Beau, 11, and Charley, 15, in the stadium.

Jamie wrote: “Boxing Day football back where it all began @officialafcb.”

Another said: “Sons take after their handsome dad in the looks department.”

Boxing Day football back where it all began @officialafcb . Thanks for looking after us @stevefletcher33 @_jay_2009 .

Jamie shares his boys with his ex Louise Redknapp, who he split from in 2017 after 19 years of marriage.

Earlier this year, Louise insisted she and Jamie are still good friends as she said during an Heart Radio appearance: “It’s been really tough.

“But I mean, you know, he’s my best friend. It’s been really tough but things happen.”

At the time, she added:  “I saw him yesterday and it was all good. We had school meetings and stuff, like you do, so all good.”