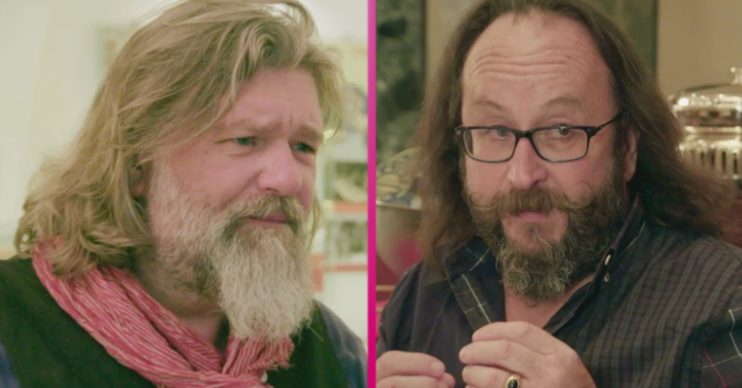 'It didn't come with a trigger warning!'

On Thursday, the TV duo returned to screens with their popular series The Northern Exposure.

What happened on the Hairy Bikers?

Unable to take their bikes into the country, Dave borrowed an ancient motorbike and sidecar.

The episode also featured an evening at the ballet and a caviar tasting session.

Furthermore, the pair went vodka sampling and tasted some of the country’s finest foods.

But while most viewers loved the classic episode, some were left slightly concerned during the show’s final moments.

As a teaser clip for next week aired, the Hairy Bikers were seen in Finland.

During the episode, Dave learns how to have a traditional Finnish sauna experience.

However, there’s also a scene which features the pair skinny-dipping in a lake.

Taking to Twitter, one wrote: “The #HairyBikers were just naked on TV and it didn’t come with a trigger warning. I feel violated! @BBC #triggerwarning.”

I cant believe the Hairy Bikers are naked on TV.
Absolutely creased. pic.twitter.com/TrC0tg9ANY

Meanwhile, a second couldn’t contain their laughter over the scene.

They said: “I can’t believe the Hairy Bikers are naked on TV! Absolutely creased.”

There were also plenty of tweets on their trip to Russia.

One said: “The @HairyBikers are amazing. I hate cooking shows but I could watch them all day!”

In addition, a second tweeted: “What a fabulous show tonight @HairyBikers.”

Another added: “You can’t beat the @HairyBikers, proper comfort TV.”

What is The Northern Exposure about? And when it is on?

The Hairy Bikers Northern Exposure is one of their many popular travel and cooking series.

During the series, Si and Dave visit various countries north of the UK.

They explore Germany to Sweden via Poland, Russia, Finland, Estonia, Latvia and Lithuania.

It kicked off on Tuesday March 9 on BBC Two at 7pm.