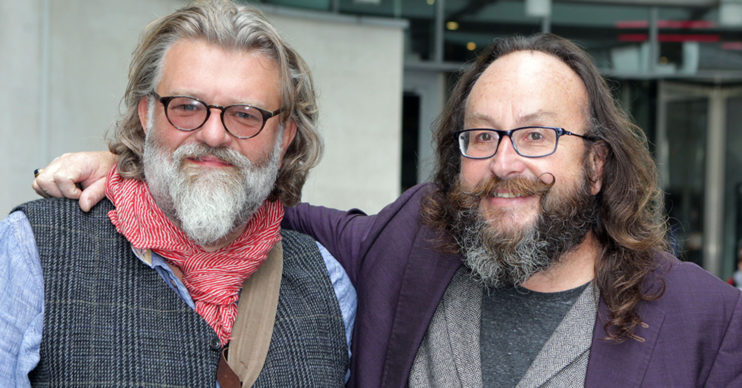 How much weight have The Hairy Bikers lost? Back on TV with Northern Exposure

The Hairy Bikers are back tonight on BBC Two – how much weight have they lost?

Kicking off on Tuesday evening, The Hairy Bikers Northern Exposure is one of their many popular travel and cooking series.

But just who are they? And how much weight did they lose? Get the answers to these questions and more below…

Who are The Hairy Bikers?

Their real names are Simon ‘Si’ King and David Myers.

They are famous for their love of motorbikes, beards and all things food.

Both have backgrounds in television production and have been mates for decades.

However, they made their TV debut in 2004 with their series The Hairy Bikers’ Cookbook.

The series had Si and David travel the world on their bikes trying out local food and recipes along the way.

Read more: Peter Andre says having more children would be a ‘crazy idea’

It was an immediate hit and they’ve had various spin-off series with the BBC ever since.

How old are The Hairy Bikers?

Did The Hairy Bikers lose a lot of weight?

Yes. The Hairy Bikers were well-known for their rather robust physiques for years.

But in 2018 they announced to the world that they’d shed a whopping seven stone between them.

They claim to have both lost 3st 7lbs after they feared they were at risk of developing severe health issues linked to obesity.

The pair increased their exercise game and cut back on the calories.

Speaking on This Morning, Si said: “It’s not rocket science, it’s not about massive changes. With lots of small changes you develop momentum, you can see the difference.”

Meanwhile David told the Belfast Telegraph that the weight loss has saved both their lives.

He explained: “I was a Northern carbohydrate monster who was morbidly obese six years ago and weighed over 18 stone. Si and I were warned we were morbidly obese and heading for an early grave, so our weight loss definitely saved our lives.”

But despite their new healthy styles they refuse to give up carbs. They’ve also rubbished popular diets like Keto.

Speaking to Yahoo, Dave said: “Keto diet, you are putting your body into ketosis which is never a good thing.

“It’s a massive stress on your kidneys and liver which is why on that diet you have to drink a lot of water.

“It’s about being knowledgeable and making choices and changing the relationship you have with food you eat.”

How many cookbooks do they have?

The Hairy Bikers have written over 25 cookbooks. In recent years their books have predominantly focused on healthy eating.

What is The Hairy Bikers’ Northern Exposure about? And when it is on?

In their series Si and Dave will explore various countries north of the UK.

It kicks off on Tuesday March 9 on BBC Two at 7pm.