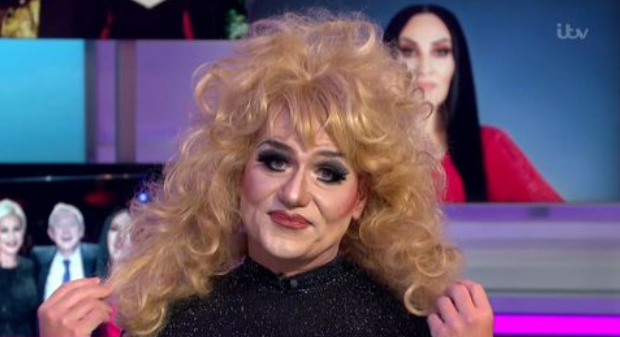 The showbiz reporter, 49, stunned fans when he emerged in full drag with Strictly’s Michelle Visage.

Michelle, 51, dropped in to talk about Strictly and the forthcoming RuPaul’s Drag Race UK, and presented Richard – dressed in a curly blonde wig, sparkly dress and silver heels.

“It took two hours to get transformed into the ghost of Kate’s future,” he quipped to co-host Kate Garraway as he tottered across the floor and into his seat.

Co-host Susanna Reid said he was ‘clearly a fan’ RuPaul’s Drag Race and asked him to describe it to those who hadn’t seen it.

“It’s got sass, it’s got class and it’s got your good self as well,” gesturing towards Michelle. 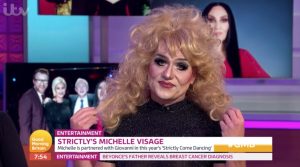 “My other half is addicted to it. Not after this, apparently,” he said, grimacing.

Susanna then asked: “Will your other half be watching right now?”

“Possibly not. Even my dog has left the building,” Richard retorted. 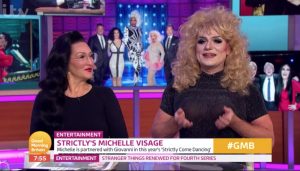 Later, Lorraine Kelly told Susanna and co-host for the day, Ben Shephard, that she was ‘still recovering’ from seeing Richard in drag.

And she wasn’t the only one.

One user wrote “OMG, was drying my hair whilst watching TV and didn’t realise that it was Richard Arnold til I saw his name pop up.