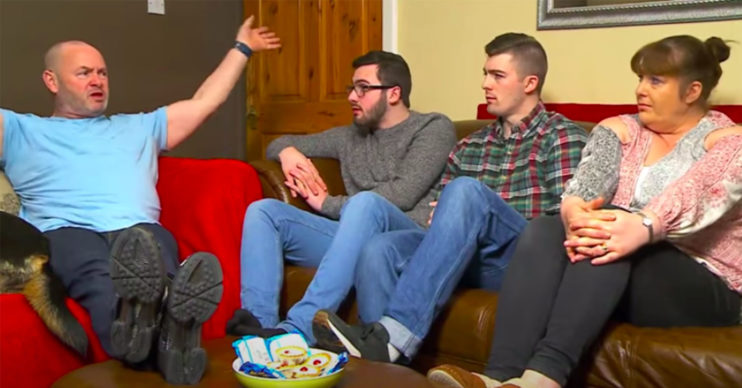 Their son who doesn't appear on the Channel 4 show!

Gogglebox cast members Tom and Julie Malone have shared pictures of their son who doesn’t feature in the programme.

The Channel 4 favourites enjoyed a family day out this week with son Lee, older sibling of Shaun and Tom Jr.

On Instagram, Tom and Julie posted snaps from a walk they went on with Lee and his fiancée.

One showed them all smiling with a waterfall in the background.

Another showed them all in their walking gear at the top of Kerridge Hill, which overlooks Bollington in Cheshire.

They wrote in the caption of the second pic: “What a great walk yesterday! 12,000 steps before 12 o’clock. The views were amazing.”

A post shared by Tom and Julie Malone (@themalonesgb)

The Malones have been on the reality TV show since series four, which aired in 2014.

Only recently, son Tom Jr decided to step down from the programme to pursue new opportunities.

What a great walk yesterday! 12,000 steps before 12 o’clock. The views were amazing.

And he’s since landed his first brand role – testing out the comfort of various chairs for a company called BiGDUG.

The business announced he was to be its new Head of Chair Testing and would be sharing videos of himself trying out different seating options on social media.

Tom announced in February that he was quitting Gogglebox after over six years on the show.

The other members of the Malone family – mum and dad Tom and Julie, and Tom Jr’s brother, Shaun – would remain part of the Gogglebox cast.

He wrote on Twitter: “So after six and a half years it’s finally time to put down the remote and say goodbye to Gogglebox.

He also joked he looked forward to finally being able to enjoy Gogglebox as a viewer.

His tweet continued: “But new opportunities are knocking on the door and it’s time to explore them.

“I look forward to enjoying the show as a viewer and not having to worry about saying something stupid.”