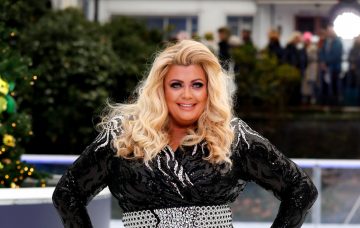 Gemma Collins declares she’s like Beyoncé on Dancing On Ice

Reality star bigged herself up at Dancing On Ice launch

Gemma Collins has promised to be like Beyonce as she dons her skates for the upcoming series of Dancing on Ice.

The Only Way Is Essex star has been paired with expert skater Matt Evers for the series, which will air in early 2019.

Gemma said: “Just think Beyonce on ice, honey. That’s me. Beyonce for the first week, Mariah for the second, Celine Dion for the third, and then full GC for the fourth.

The pair have promised a breathtaking performance for their first dance of the new series, but Gemma has also found more than simply glamour on the ice.

She said: “We practise two hours every day. It’s really therapeutic. It’s quite spiritual when you’re out there on the ice. I love it. You get over the hard bit and you just get on and smash it. You will be absolutely taken back when you see our first routine.”

Phillip Schofield and Holly Willoughby will return to present Dancing On Ice. Brian McFadden, Wes Nelson, Ryan Sidebottom and Richard Blackwood have signed up to compete against Gemma in the upcoming series next year.

Will you be watching the new series of Dancing On Ice? Leave us a comment on our Facebook page @EntertainmentDailyFix and let us know what you think!