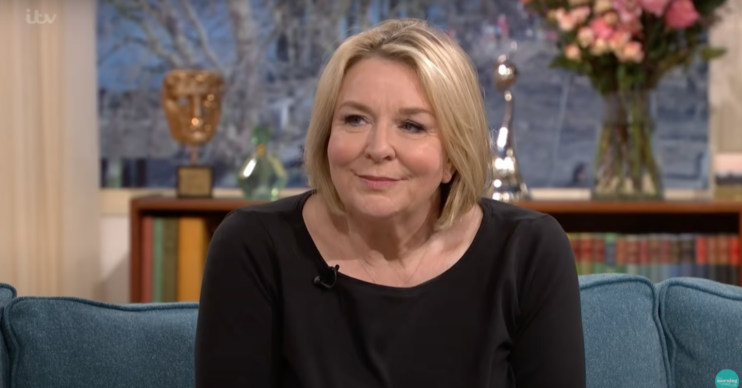 When Fern Britton headed to Jerusalem for a journey to the Holy Land, she discovered the importance of faith.

The former This Morning host, 64, aimed to discover the truth behind Jesus’ last days in the BBC Two show, which airs on Good Friday.

The mum-of-four, who was previously married to celebrity chef Phil Vickery, is one of TV’s most recognisable stars.

And Fern’s faith has been seriously tested in recent years.

Fern Britton on her battle with post-natal depression

In 2016, the presenter admitted she had thought about taking her own life following a crippling battle with postnatal depression.

In a bid to raise awareness for BBC’s Sport Relief Fern revealed: “I was lonely, I was isolated and I didn’t feel myself.

“I wondered where I had gone.

“At the end of the day when all my jobs were done, I’d either go manic and clean the entire house, or I would go upstairs and think ‘Now, how can I just kill myself?”

In the candid film, Fern admitted she was “deeply unhappy” but “didn’t know why”, explaining it “takes a long time to admit to yourself that you are not who you were”.

Summoning the courage to speak to her doctor, the presenter said she was ‘relieved’ to be diagnosed with postnatal depression, aged 37, nine months after giving birth to her twin boys.

“When he told me that it was postnatal depression, there was a sense of relief to know that I was not going mad,” Fern said.

Speaking about her family unit, she added: “Of course, we still have our ups and down,” she added, “but it’s nowhere near those dark days.

The star’s twins, Harry and Jack, who she shares with her ex-husband Clive Jones are now 27.

Clive is also the father of Fern’s daughter Grace, who was born in 1997.

Fern and Clive separated in 1998, a year before the presenter met TV chef Phil.

The couple met on BBC Two’s Ready Steady Cook and married in 2000 before welcoming their daughter Winnie in 2001.

The pair, who went on to work together on This Morning were together for 20 years.

However in they announced  in January 2020 that they had sadly decided to separate.

Since the split, neither Fern nor Phil appears to have embarked on a new relationship.

Fern Britton’s Holy Land Journey is on BBC Two at 11.30am