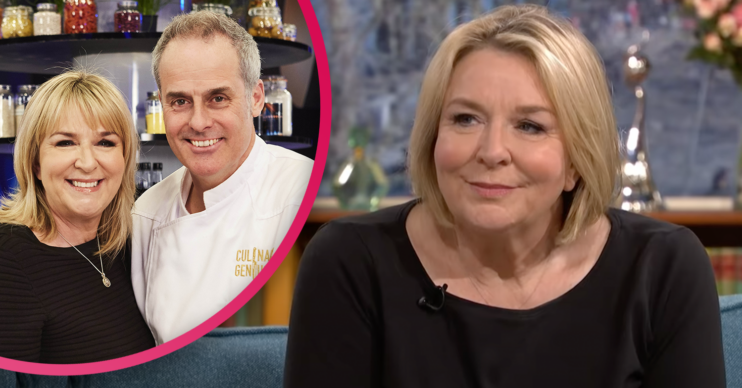 Fern Britton has opened up about her “difficult” split from This Morning chef Phil Vickery.

The former This Morning presenter announced she had split from Phil in January 2020 “after 20 happy years together”.

Since then, neither appears to have embarked on a new relationship, with Fern admitting it’s taken “a very long time” to move on from the split.

However, the presenter turned author has admitted that her kids seem to want her to meet someone else.

What did Fern Britton say about her divorce?

Fern told Woman & Home that the “rebound” from her marriage split was “difficult”.

She said: “People say they bounce back from a long relationship, but it takes a while. The rebound is difficult. You chuck the pebble in the pond, but the ripples go on for a very long time.

“It’s been a long time getting to the dawn, but I’m in another brand-new chapter and do feel it will be all right. I have a lot of peace in my life. I’m doing more yoga, meditation and walking – a bit of self-care,” she said.

Romance on the cards for Fern?

Fern and Phil share daughter Winnie, 19, while she also has twins Harry and Jack and daughter Grace from her marriage to Clive Jones.

And it seems that’s enough for Fern – for now – despite her son trying to get his mum to “find a companion” to take her to the cinema.

Fern admitted she has “no time for romance” but revealed that “in time maybe” she will be ready to met someone else.

The presenter admitted that single life does have its upside – “if you’re snoring, it doesn’t matter” – but there are lows when it comes to being on her own.

Fern admitted: “I wake up quite a lot in the night, but I’ll read for an hour and then go back to sleep. I miss talking to somebody to run things past them, share trivia, but I’ve got the girls and the cats, and my boys are great.”

How did Fern and Phil announce their split?

Fern announced her split from Phil in January 2020, with the pair both tweeting in matching statements:

“After more than 20 happy years together, we have decided to go our separate ways. We will always share a great friendship and our lovely children,” the statement read.

“We would appreciate it if our privacy is respected at this time. Thank you for your continued kindness and support.”

Head to our Facebook page @EntertainmentDailyFix and tell us what you think of Fern’s comments.