Fans are begging This Morning's Gino D'Acampo to ditch his new rock 'n' roll style and stop wearing a bandana.

The Celebrity Juice star, 43, debuted his dramatically different new look on the daytime programme earlier this month and some viewers wondered if he was going through a midlife crisis.

On today's (19.11.19) episode of the show, Gino hosted a cookery segment and again wore a bandana. 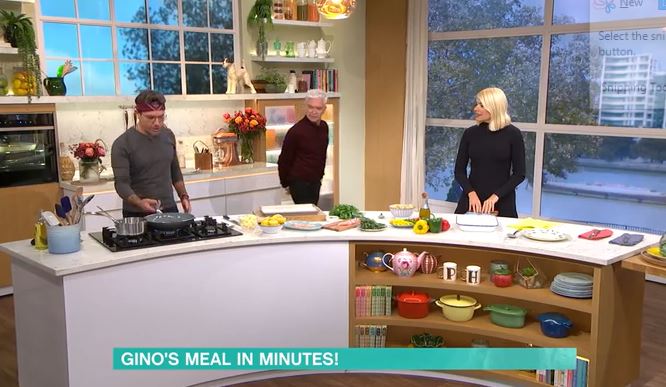 Read more: This Morning viewer breaks down in tears as she wins £500K prize giveaway

At the start of the segment, hosts Holly Willoughby and Phillip Schofield asked the Italian culinary whiz about his new cookbook.

Holly said: "This is Gino's Italian Express. You just said this is your favourite cook book yet?"

He replied, as he added oil to a pan: "This is my favourite book that I wrote so far. I personally tested each recipe three times to make sure that everything works to perfection, to the minute, each gram of every ingredient, and it's just fantastic." 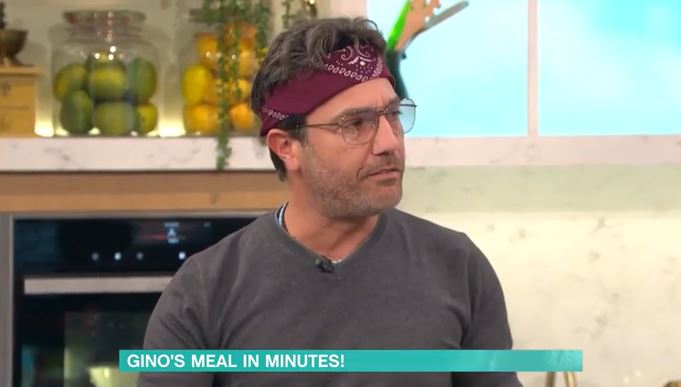 But it appears viewers were still more interested in what Gino was wearing than what he had to say about cooking.

On Twitter, a number of fans begged Gino to stop wearing bandanas.

Why does Gino still have that damn bandana?

One said: "Please take the silly bandana off, Gino! #ThisMorning."

Another tweeted: "I think Gino is great. Funny, entertaining and a great chef. But please tell him to lose the bandana. Regards, a fan."

Someone else wrote: "Why does Gino still have that damn bandana? #ThisMorning."

"Watching This Morning, does Gino know what a [bleep] he looks with that bandana on his head?" said a fifth.

The pair poked fun at the chef by wearing bandanas of their own during a cooking segment last week.

Holly struggled to keep a smile off her face as they approached the kitchen and Phil asked: "So, is what you've got on your head now, this is a new essential, is it?"

Do you think Gino should lose the bandana? Leave us a comment on our Facebook page @EntertainmentDailyFix and let us know.