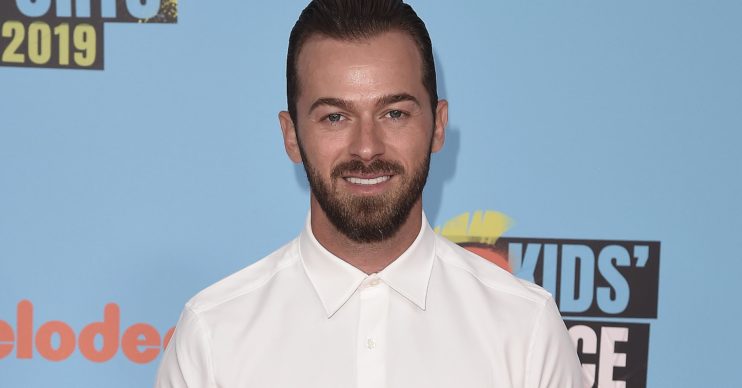 Artem’s fiancée, retired WWE wrestler Nikki Bella, 36, gave birth to a little baby boy on July 31, and Artem has (finally) been sharing pics of the couple’s new arrival on Instagram.

Over the past few days, the Russian-American dancer, 38, has been posting gorgeous photos of himself with baby Matteo.

And Artem looks just as natural as a father as he does when he’s gliding across the dance floor.

Father and son , @thenikkibella we did good !

Artem – who appeared on Strictly from 2010 to 2013, winning the series with EasEnders star Kara Tointon in his first year – shared the first photo of himself holding Matteo earlier this week.

In that pic, the little lad could be seen smiling as his daddy kissed him lovingly on the head.

Alongside the photo was a caption: “Father and son. @thenikkibella we did good!”

And it didn’t take long for the tributes to come flooding into Artem’s inbox.

One came from Nikki herself, who gushed: “That smile with Daddy!!!”

Another, from one of Artem’s fans, said: “OMG. My heart just melted. Just a gorgeous boy and his gorgeous dad.”

Artem followed up that photo with another, equally cute one yesterday.

In this one, he could be seen gazing at his son’s tootsies. The picture was captioned: “Dancing feet?”

And again, the comments came thick and fast. One fan wrote: “His feet are so stinking cute! You just want to kiss them all over.”

Even though these are the first public pictures of Matteo’s face, Artem did share a photo of his son’s hand shortly after he was born in July.

Dancing with the Stars

He captioned it: “7/31/2020 please welcome our precious baby boy Chigvintsev. Proud of my love @thenikkibella.”

Artem and Nikki met in 2017 when they were paired up on the American TV show Dancing with the Stars, and announced their engagement last November.

Now the twinkle-toed professional is preparing for another series of the popular programme, and he’s said he’ll be performing for his new-born son.

He told TV show Good Morning America earlier this week: “I just can’t wait to get back… I want to dedicate this season to my little boy.

“It has been the most incredible feeling. I just didn’t know that I would have so much love to give. It’s just incredible.

But Artem confessed that parenthood has not all been plain-sailing so far.

He said of Matteo: “He’s been waking up every hour and a half, and I really feel bad for Nikki because he’s a really good eater, so he’s been on it.”