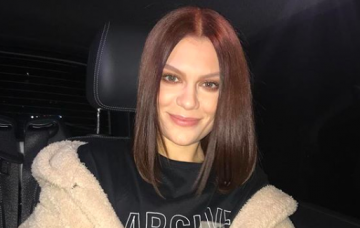 In an emotional new interview, Jessie J has opened up about refusing to have a hysterectomy following devastating health news – and her vow to become a mum despite the odds.

The singer took to Instagram on Saturday to share an emotional message just days after admitting: “I can’t ever have children.”

In her post, the 30-year-old explained: “I was told four years ago I won’t be able to have children. I was also told I would need a hysterectomy immediately and to be put on medication.”

Jessie added: “I refused the hysterectomy and I’m off all medication through natural medicine and diet change. I haven’t given up hope.

“I am doing all I can to make it happen the best way my body will allow. It’s taken me a long time to be open.”

In a second screen grab, she vowed: “I will be a mother… I believe in miracles.”

The moving statement comes a few days after the singer, who is dating Magic Mike actor Channing Tatum, opened up to an audience about the issue during her tour.

Speaking on stage at London’s Royal Albert Hall Jessie told fans: “I was told four years ago that I can’t ever have children.

“I don’t tell you guys for sympathy because I’m one of millions of women and men that have gone through this and will go through this.

The singer added: “So if you’ve ever experienced anything with this or have seen somebody else go through it or have lost a child, then please know you’re not alone in your pain and I’m thinking of you.”

This woman just poured her heart out on stage at the Royal Albert Hall. Whoever was there got to witness something special. Wow.

The former The Voice coach has previously admitted she wasn’t ready to reveal her health issues.

Last year she said: “I was diagnosed with some health issues that I’m not ready to talk about that I had to really face as a woman.”

She’s also battled a series of conditions, including an irregular heartbeat diagnosed when she was seven. Then she suffered a stroke at the age of 18.

She described her experiences in her autobiography, Nice To Meet You, published in 2013, where she says: “I remember collapsing a lot and having seizures. I was a sickly, skinny girl who had a slight green tinge to her skin because of the drugs and who was always in and out of hospital.

Rare photo shoot of lord farquaad as a child The trim on that fringe / bangs is my shmood. Janky af.

“There would be times when I’d be acting normal and then I’d just collapse. It was only then that people would realise I wasn’t well. I suppose I was good at covering it up and I know I’m very good at that now.”

It’s amazing of Jessie J to speak so honestly about this issue. We believe in miracles, too.

What do you think of Jessie’s sad revelation? Leave us a comment on our Facebook page @EntertainmentDailyFix and let us know what you think.

Entertainment the voice The Voice UK