Fans of Channel 4 documentary series How to Lose Weight Well have slammed the show for featuring a diet plan that involving days where the individual eats nothing but cheese.

In last night's (20.01.20) episode, a participant called Eamonn who was looking to shift a few pounds was put on the Israeli Army Diet, which consisted of eating only one ingredient per day. 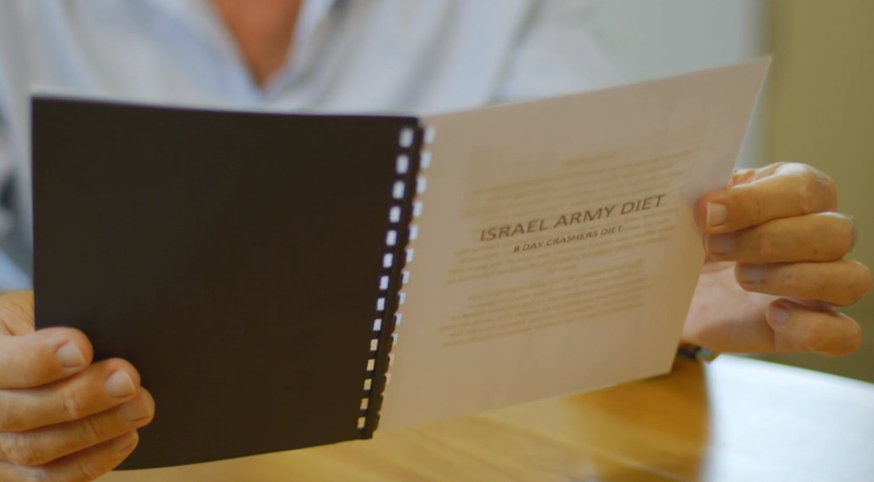 Eamonn had to eat just one ingredient per day, although he could have as much as he wanted (Credit: Channel 4)

"Eamonn will eat only one ingredient at a time," the programme explained.

"[Days one to two] apples, days three to four, cheese," Eamonn said as he read the diet plan aloud. "Days five to six, chicken. And days seven to eight, salad. I just... don't know how I'm feeling, to be honest!" 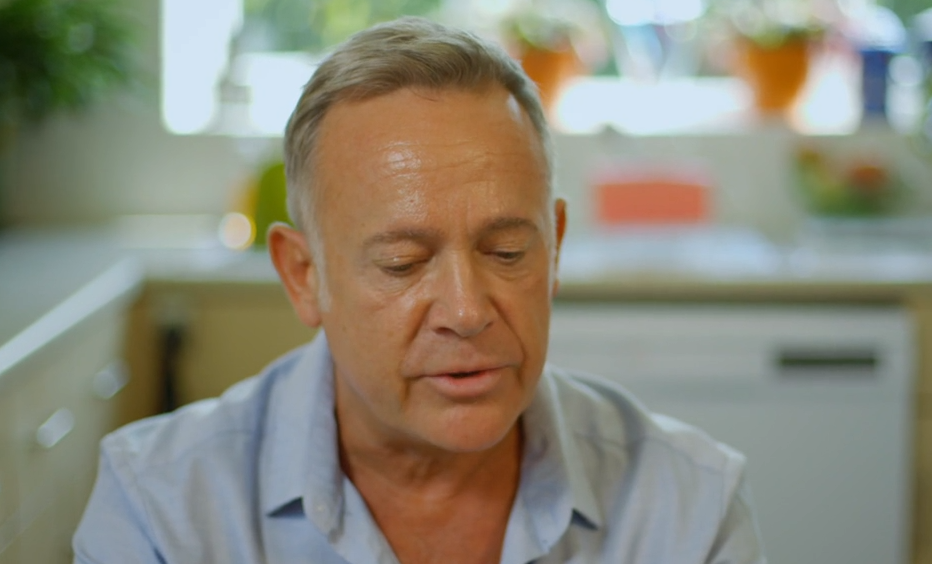 He was unsure about the diet plan (Credit: Channel 4)

The narrator continued: "He can have as much of each food type as he can stomach, but the key to weight loss on this diet is that even on cheese days, he's likely to get bored of binging.

"He must drink lots of water. Due to the low calories there's strictly no exercise. And he must avoid tea, coffee and alcohol as well." 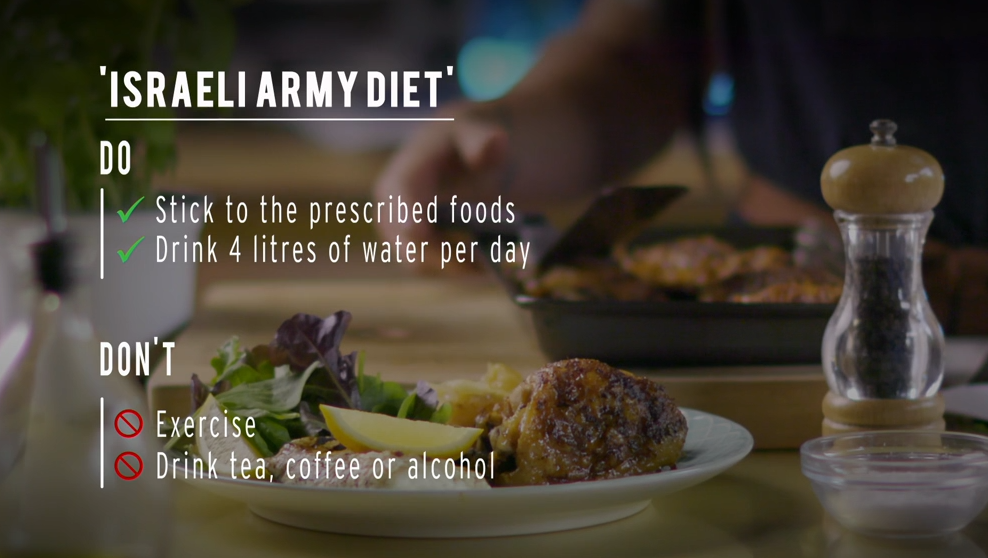 Eamonn also had to drink plenty of water (Credit: Channel 4)

But viewers at home were nevertheless frustrated to see the Israeli Army Diet featured on the programme.

One tweeted: "Sorry but the diets on this show are ridiculous. I've just lost 8.5lbs in two weeks eating pasta, potatoes, rice, chocolate in the evenings etc etc. No need to just eat apples for two days! #howtoloseweightwell."

Why are you promoting unhealthy faddy diets?

A third wrote: "#howtoloseweightwell how on earth is this advocating being healthy? Just eating apples for two days? Then just cheese for two days? Nice, equal food group coverage there."

Sorry but the diets on this show are ridiculous 🤣🤣🤣 I’ve just lost 8.5lb in 2 weeks eating pasta, potatoes, rice, chocolate in the evenings etc etc’ No need to just eat apples for 2 days! Piss off! #howtoloseweightwell

#howtoloseweightwell how on earth is this advocating being healthy? Just eating apples for two days? Then just cheese for 2 days? Nice, equal food group coverage there. 👍🏼🙄

Someone else put, "Says it all really #howtoloseweightwell" alongside a screebgrab of a website claiming the diet is 'not recommended' as it is 'one of the most nutritionally unbalanced diets' you can follow.

"@Channel4 why are you promoting unhealthy faddy diets? Very dangerous and unhelpful. #howtoloseweightwell," tweeted a fifth.

A spokesperson for Channel 4 told ED: "How To Lose Weight Well road-tests a broad range of short and long term diets to help viewers understand some of the claims behind them.

"The programme advises viewers that crash dieting is not advised by most health professionals, can be dangerous and might not offer lasting results. All of the dieters featured in the programme have received appropriate medical advice before embarking on their weight loss plans, which is also made clear."

@Channel4 why are you promoting unhealthy faddy diets? Very dangerous and unhelpful. #howtoloseweightwell