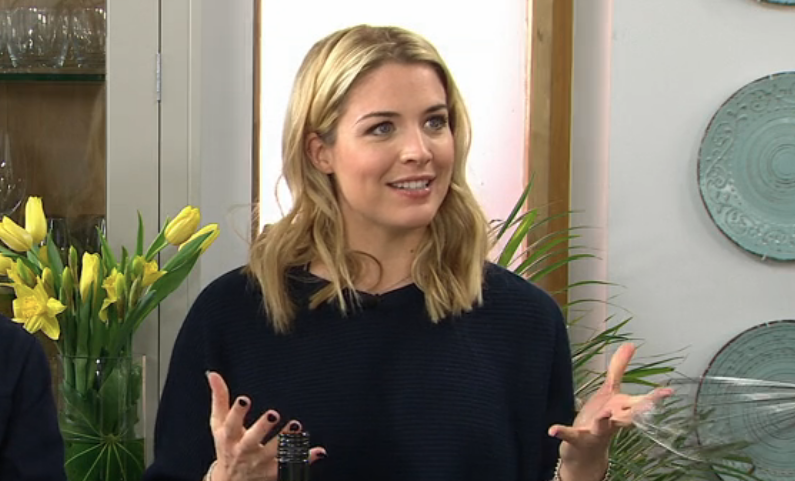 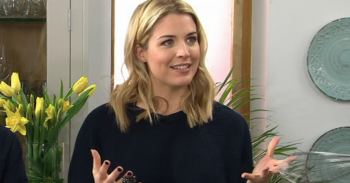 Ex Emmerdale star also opened up about her soap future

James Martin fans reckon Gemma Atkinson was treated ‘harshly’ when the pregnant soap star had to miss out on dishes prepared by the chef for his ITV show earlier today.

Gemma, 34, had to refrain from having a taste of James’ culinary excellence because she’s not touching booze while she’s expecting.

But many viewers wondered whether super-fit Gem – looking forward to the arrival of her first child with Strictly dancer Gorka Marquez – was also avoiding uncooked fish prepared by the popular presenter because of her condition.

She later clarified to her Instagram followers she was not turning her nose up at the impressive salmon because of concerns surrounding whether fish is safe to consume at her stage of pregnancy, but rather because it was cured in gin.

Appearing alongside chef Stephen Terry, Gemma admitted she loved a drop of gin before she became pregnant.

But as James explained he was removing the alcohol from the fish as he removed its salty coating, she joked: “Ugh. Well, I don’t want it any more!”

Amid some confusion as to whether Gemma would be okay to enjoy salmon, she added it had often featured in her favourite breakfasts.

“That’s one thing I’ve missed because I normally have salmon like this in the morning with some eggs, and ever since being pregnant I’ve not been able to,” she said.

Gemma continued: “That’s one of the things I do miss, is salmon.”

“Well, you can make this and stick it in the freezer,” James chuckled.

Gifting her a bottle of gin, Gemma lightheartedly thanked James for a present she wouldn’t be able to enjoy for another six months.

He also joked the ex Hollyoaks star was “missing out” as he and Stephen later slurped two glasses of red, leaving her to take a sniff from the bottle.

While mums-to-be are advised to limit the amounts of fish they eat to no more than three times a week, doctors advise salmon is fine to eat.

But some fans still believe Gemma was a little hard done by, even if they weren’t entirely correct about salmon’s safety.

“That’s harsh making something you can’t eat #curedsalmon,” one supporter commented on Instagram.

“Literally don’t know how you just sat there pregnant through raw meat, anchovies and garlic, lol!” added another.

A third continued: “Love James but he could have done stuff you could eat instead of just having to watch.”

Gemma also replied to one commenter who noted it is fine to eat salmon: “It was soaked in gin unfortunately. That I don’t want while pregnant 😂.”

The Carly Hope star also admitted she would be keen to reprise her Emmerdale role, noting she still has many friends on the ITV soap.

“Before I joined everyone said it’s like a real family, and it is,” Gemma said.

One enthusiastic fan reacted on Twitter: “If Gemma Atkinson came back to Emmerdale I wouldn’t ask for anything else ever again, that’s ALL I want.”

Today at 9.30 on ITV I’ll be a guest on James Martins Saturday Morning along side James & Chef Stephen Terry. We had a top laugh as always and that cheese cob in front of me has since been one of my go too pregnancy meals 😂 Always love being on the show. Thank you for having me.

– James Martin’s Saturday Morning airs on ITV from 9.30am