The GMB host revealed Meghan had been named Britain's 'top social climber' by Tatler magazine, who said she had 'dragged the royal family into the 21st century'.

Addressing her 'A-list ascent' to royalty, a snarky Piers told viewers: "She’s worked hard for that. I think we should just take it at face value. 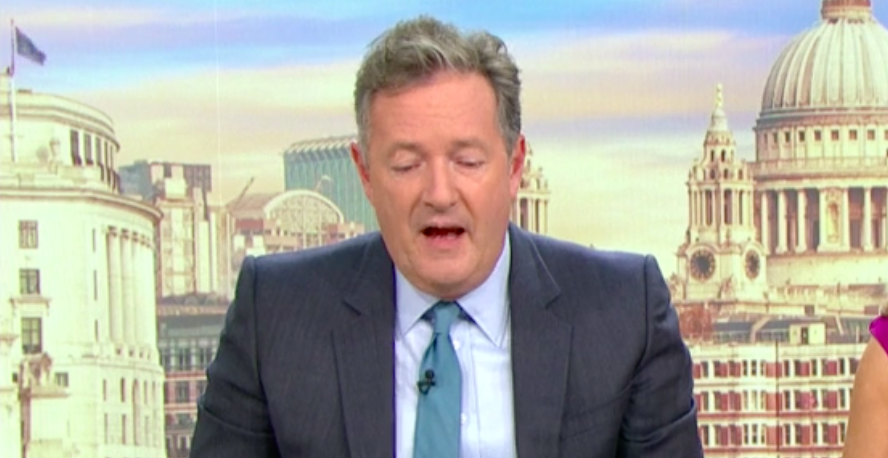 The GMB host said the Duchess of Sussex had "worked hard for it" (Credit: ITV)

"She has worked very hard for that honour and I congratulate her. Great social climbing. The climbing littered with the carcasses of those who once knew you, littered around."

Later in the show he took another swipe at Meghan while interviewing Heart radio hosts Amanda Holden and Jamie Theakston.

Piers congratulated Amanda on winning Rear of The Year, adding: "I think you work very hard for that award. There have been two honours in the last week that I think have been thoroughly deserved with the amount of work put in to getting them."

He went on: "You with Rear of the Year because I don’t think a minute goes by without seeing your delightful posterior on the social media airwaves. And the other one is Meghan Markle who has today been voted social climber of the year by Tatler magazine.

"And no one could have put more work in to winning that award than Ms Markle, so I think both of you deserve our congratulations."

She has worked very hard for that honour and I congratulate her. Great social climbing.

I know my two wives are laughing at me, I just don’t know why. #gqawards #moty

However, Amanda defended the Duchess and told Piers: "We like Meghan on this show, so if you’re bored of Piers switch over to Heart Breakfast."

Tatler wrote of Meghan: "Not quite a rags-to-riches tale (she was privately educated and her scapegrace father won an Emmy for lighting direction) but the Ralph & Russo-clad beacon of change has found a role that suits her to perfection: a tungsten toughie to drag the royal family into the 21st century."

Read more: Piers Morgan tells Meghan Markle to 'get on a private jet' and visit her estranged dad

Piers has made no secret of the fact he's not a fan of Prince Harry's wife, and regularly takes a swipe at her on the ITV show.

He recently hit back at claims that the trolling the Duchess of Sussex receives is racist and insisted he gets more abuse online.

He fumed on GMB: "[Meghan] wants to be a celebrity princess, rather like Angelina Jolie would do it. Here's the bottom line: you can't be political and be a senior member of the royal family, there is too much hypocrisy that goes with that position."

Read more: Piers Morgan shares rare photo of daughter Elise as he beats her at bowling

He went on to accuse her of "polarising" half of Britain and demanded to know if she plans to take it a step further by going public with her stance on Brexit.

Of the abuse Meghan receives on social media, he ranted: "I'm sorry, everyone gets abuse online. I get it 10 times worse than she does, I'm sorry.

"The other thing, this idea that it all stems from racism is nonsense. Media coverage has been negative because they persistently, last year, have been ranked hypocrites," Piers went on.