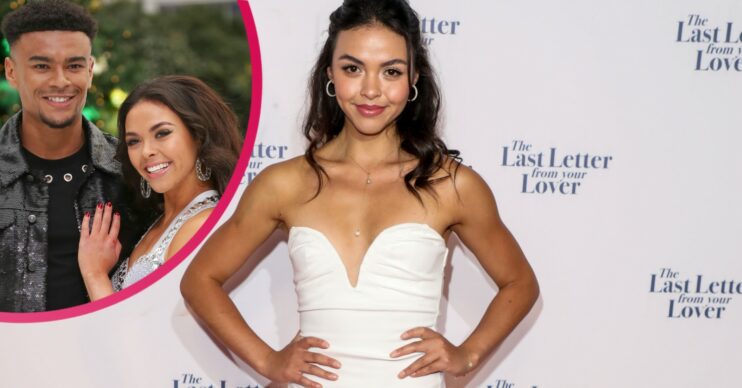 Dancing On Ice professionals: Who did Vanessa Bauer ‘tactically dump’ ahead of 2021 series?

Everything we know about the professional skater

Vanessa Bauer joined Dancing On Ice as one of the professionals back in 2018.

Although she’s still quite new, she certainly knows how to make an appearance.

Since her first series, she’s won the show with Jake Quickenden and has been rumoured to date various other partners.

Here is everything we know about the professional skater Vanessa Bauer.

Dancing On Ice professionals: Who is Vanessa Bauer?

Vanessa Bauer is a German dancer, acrobat and ice skater.

She started skating at a young age and took part in the German Figure Skating Championships in 2013.

The 24 year old also had the chance to perform on an ice rink on board one of the biggest luxury cruise ships in the world, HMS Harmony Of The Seas.

Since then, she joined the ITV show Dancing On Ice as a professional dancer in 2018.

She also posts workouts on her Instagram and YouTube which have become really popular over the years.

Vanessa appeared on the show for the first time in 2018.

She was partnered up with singer Jake Quickenden and the pair did so well that they even went on to win the series.

She also teamed up with Perri Keily from Diversity in 2020, where the duo sailed through the competition and came in second place behind Joe Swash and Alex Murphy.

This year, it’s been confirmed that Vanessa will be dancing with former Strictly Come Dancing star Brendan Cole.

She shared the exciting news on her Instagram alongside a photo of the pair.

“We’re both incredibly excited about this new partnership and can’t wait to go above and beyond to hopefully deliver some magic on the ice for you!!”

Does she have a boyfriend?

Vanessa was in a relationship with circus performer Louis Nathaniel for two and a half years.

The pair met while performing together on the cruise ship.

However, she called it quits in 2019 just before her first performance with Love Island star Wes.

This sparked dating rumours between the two and Wes’s girlfriend at the time was not happy.

After watching the pair grow close, Love Island star Megan Barton-Hanson made a dig at Vanessa on her instagram.

She said: “Love that you decide to announce your break up with your boyfriend on the night of your first performance with my boyfriend.”

She continued to say: “Hope the tactical break up got you the headlines you wanted.”

Although it was never confirmed, the pair continued to be at the centre of romance rumours throughout their time on the show.

Since then Vanessa has been linked to model and fitness instructor Rory McCall but nothing has been confirmed.