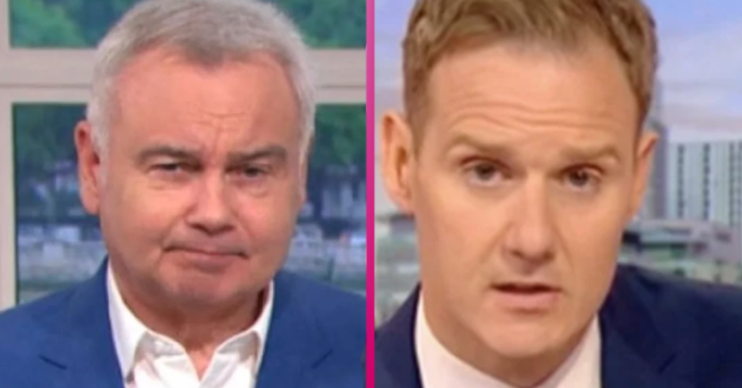 The news presenter, 43, interviewed MP Alok Sharma about the government’s handling of care homes since the coronavirus outbreak.

In the interview Alok ardently defended the Conservative government’s management of care homes amidst the pandemic.

Dan started off the interview by playing a recent clip of Prime Minister Boris Johnson shifting the blame onto care homes themselves.

Dan asked Alok: “Is he right Alok Sharma? Is the reason so many people died in care homes because they failed to follow procedures?”

He replied: “What I would say is that the Prime Minister was pointing out is that nobody knew what the correct procedures were, but we know that the extent of the symptomatic cases was not known at the time.

“What we did do was step forward with very detailed guidance, we provided extra funding, you know the £600 million that went in as well particularly for people with the infection in care homes.

Read more: Viewers slam The One Show as ‘ruined’ after host shake-up

“We then had a testing regime, from April everyone in a care home was able to be tested so we have done our best to put our arms around the care homes sector.

“Every death is a tragedy and we’ve been learning throughout this whole process as the Prime Minister said and we will continue to do so and make improvements.”

Their interaction led to a flurry of feedback on Twitter.

Dan took to Instagram to point out the mixed bag of feedback he received.

He shared two screenshots with contradictory criticism aimed at his journalism style.

One unhappy viewer accused Dan of interrupting Alok – while another accused him of being too polite.

The first wrote: “Look @mrdanwalker if you’re going to interview guests on @BBCBreakfast STOP INTERRUPTING THEM & LET THEM ANSWER YOUR QUESTIONS.

“You have to interrupt”

“So bloody rude & so bloody annoying. And you do this on a daily basis.

“If it was me on the receiving end I would just end the interview.”

The second user claimed: “Please stop allowing him to avoid answering by filibustering.

“He used your politeness to help him. You have to interrupt.”

Huge reaction to our #BBCBreakfast interview with Business Secretary, Alok Sharma, about care homes. These 2 comments arrived within 10 seconds of each other 👇🏻🤷🏻‍♂️🤪 Thanks for watching

“These 2 comments arrived within 10 seconds of each other.

This Morning host Eamonn Holmes offered his sympathies with: “Everyone’s an expert Dan.”

Sky Sports presenter Simon Thomas commented: “A perfect example of how you can never win whatever you say and however you say it.”